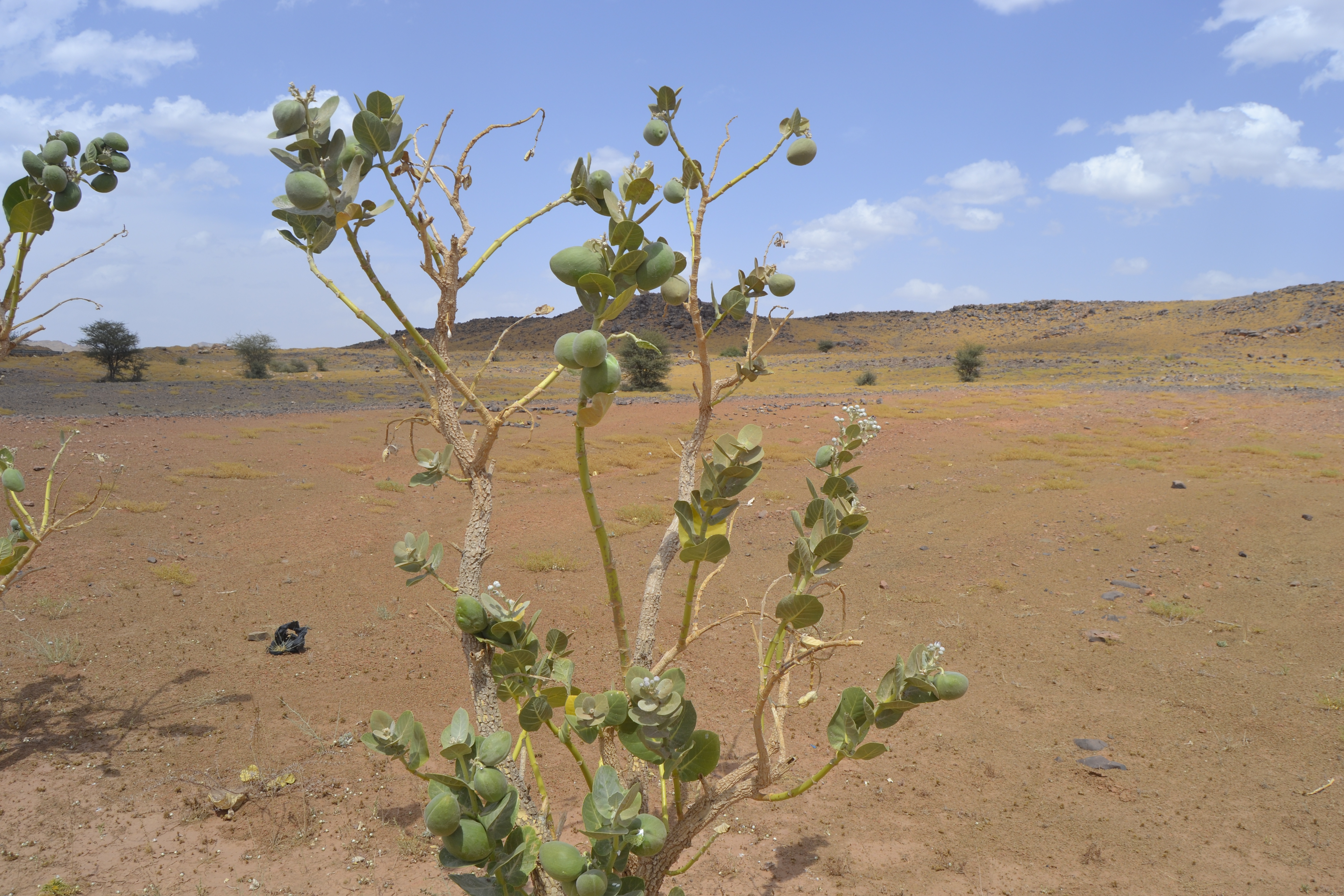 That was strange with the people. Don’t drink alcohol, go to sleep early and are not to be found before 10 in the morning. In the city after Mhamid we stopped briefly to have breakfast in a coffee. Somehow it took an extremely long time again, so I had to put some pressure on it. The guy was somehow a kind of sleeping cap again, especially as we were the only guests. Coffee and Omlette is really not that difficult, but somehow he had to get everything from the market next door. Such a breakfast can easily last an hour, which is quite relaxed but takes a lot of time. We drove further back through Zagora. Again the city seemed to me to be much more developed than in 2011. This time I didn’t want to choose the road towards Merzouga, but the road over Nkob. So I went back through the Draa valley and then right towards Nkob.

At the junction we stopped briefly to buy a straw hat. The seller didn’t want to act at all which is extremely atypical and so we simply drove on. The landscape became a desert again after leaving the oasis rich Draa valley. Strangely enough I didn’t see the desert with the big stones from the last time. Strange. Overall the landscape was quite nice, especially with the bigger hills to the right of the road. Further to the right there was no road and only Sahara. We snaked ourselves comfortably further along the road, whereby also a kind of Ralley was approached. All in all it didn’t look as it did in 2011. It didn’t seem so far away anymore and everything looked a bit more modern. At some point we stopped to stretch our legs a bit. Somehow you think that’s great to walk around, but after a while you get resented by the heat.

One is still used to the 20 degrees in the car and then one overheats again after a short time so that one gets tired and looks forward to the cool car. At this place there was a strange bush that carried strange balls as flowers. I had a lot of fun to hit it with my feet, so that the things flew away in a high arc. I don’t know what that was, maybe poisonous, maybe something else. Anyway, some of them stood around in the middle of the desert. Altogether the landscape looked more like Sahel zone with these characteristic trees. But this time we had missed to see these trees somehow from near. We drove on again and stopped after a short time at a shop for minerals. Inside one of them worked in the dark and worked the trilobites free with a kind of drilling machine. That did not look at all like any forgeries as we saw him working directly on the stones.

I chose a smaller one for about 5€ and drove on. We also visited another shop, which was bigger and had numerous fossils. But somehow they were still dust catchers. In a Kaff we looked for something to eat and also found something in a restaurant. We were the only guests and this time there was chicken tajine and as always tea, outside in the shade at the edge of the street. Sometime there was a loud crash over us and I didn’t really know what was going on. However, I somehow noticed that on the second floor a window shutter had crashed onto the roof of the terrace. If it hadn’t been, the thing would have crashed on our heads.

We drove again in the direction of Rissani. The city was quite confusing and I had some problems to find the right way to the east. Before we stopped at a late hour to stock up with the necessary food and drinks, because we didn’t know what it would look like then. On the road towards Merzouga there was a lot going on. In retrospect I don’t know where they went. The border to Algeria is closed and the road should end in a small town. Before us drove a truck, which blew unbelievable diesel swaths into the air. Unfortunately I couldn’t really take a picture of it. Of course we hadn’t booked a hotel before and now we had to find something. The problem is that there are many signs along the road, but most of the roads lead to the hotels. We drove as a whole piece to the east and then to the left in the direction of dunes over the runway. In the black Hamada I discovered a reptile and took a photo. We drove along the edge of the dunes, again towards the east until we couldn’t go any further.

There was a hotel and a lot of cars, but the hotel looked quite expensive. We drove back again and discovered one what looked appealing and cheap. We went in and the price was right. The hotel was built in the classic clay style and even had a pool inside. That was quite decadent, because outside poverty was pure. We put our things in the room, the car in the assigned place and made ourselves with a 5L canister of water on the way into the sand. In the west there were lightnings threatening and sand whirled through the area. I thought all the time that it would start to rain and there would be a storm in the desert here. That would be quite a disaster, but it didn’t happen. But in the west there were actually floods. So we walked a bit through the sand, which was quite a long way. I was already quite finished driving around the whole day.

We went back to the hotel and saw children fetching water at the well. At the edge of the dunes the Touri caravans made themselves clear for the departure into the sand. We went briefly to the roof until it became too cold or too warm. I think it was just too warm and went into the room. I washed my clothes, including a pair of jeans and hung them on the open window. After twenty minutes the jeans were completely dry. Due to the construction of the house it was actually better to open the window at night than to let the climate run. Outside it was quite cold by the open desert, only the building was extremely warm inside. Here there was also again some net on the room and I tried to load pictures on the server. But that wasn’t really possible and we were content to listen to Soma FM and surf a bit in the net before we went to bed. 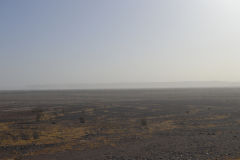 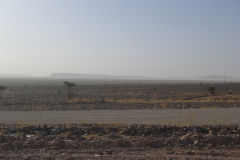 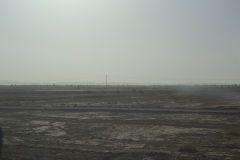 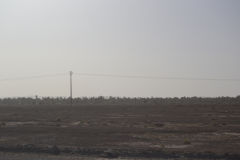 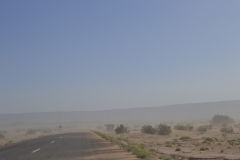 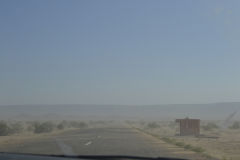 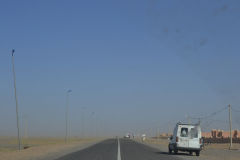 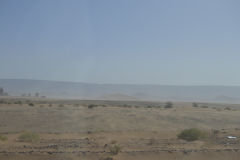 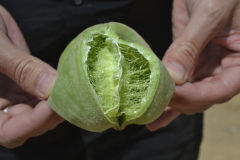 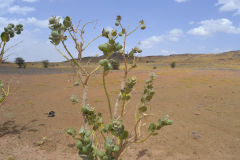 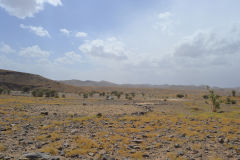 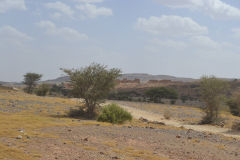 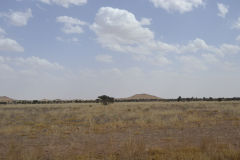 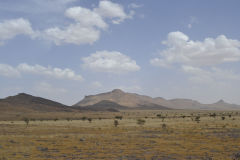 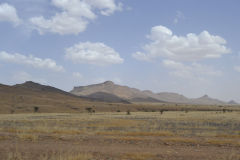 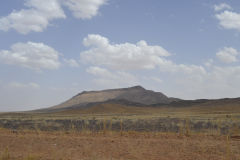 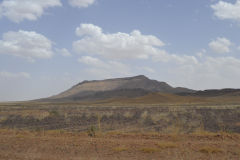 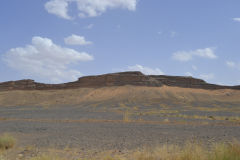 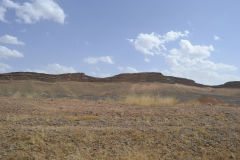 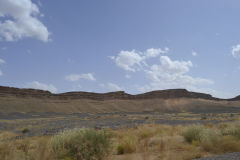 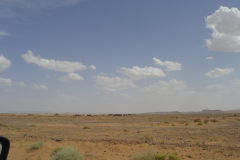 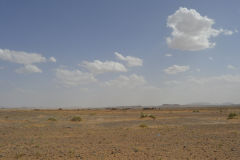 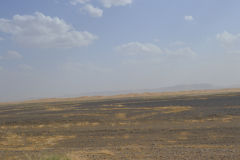