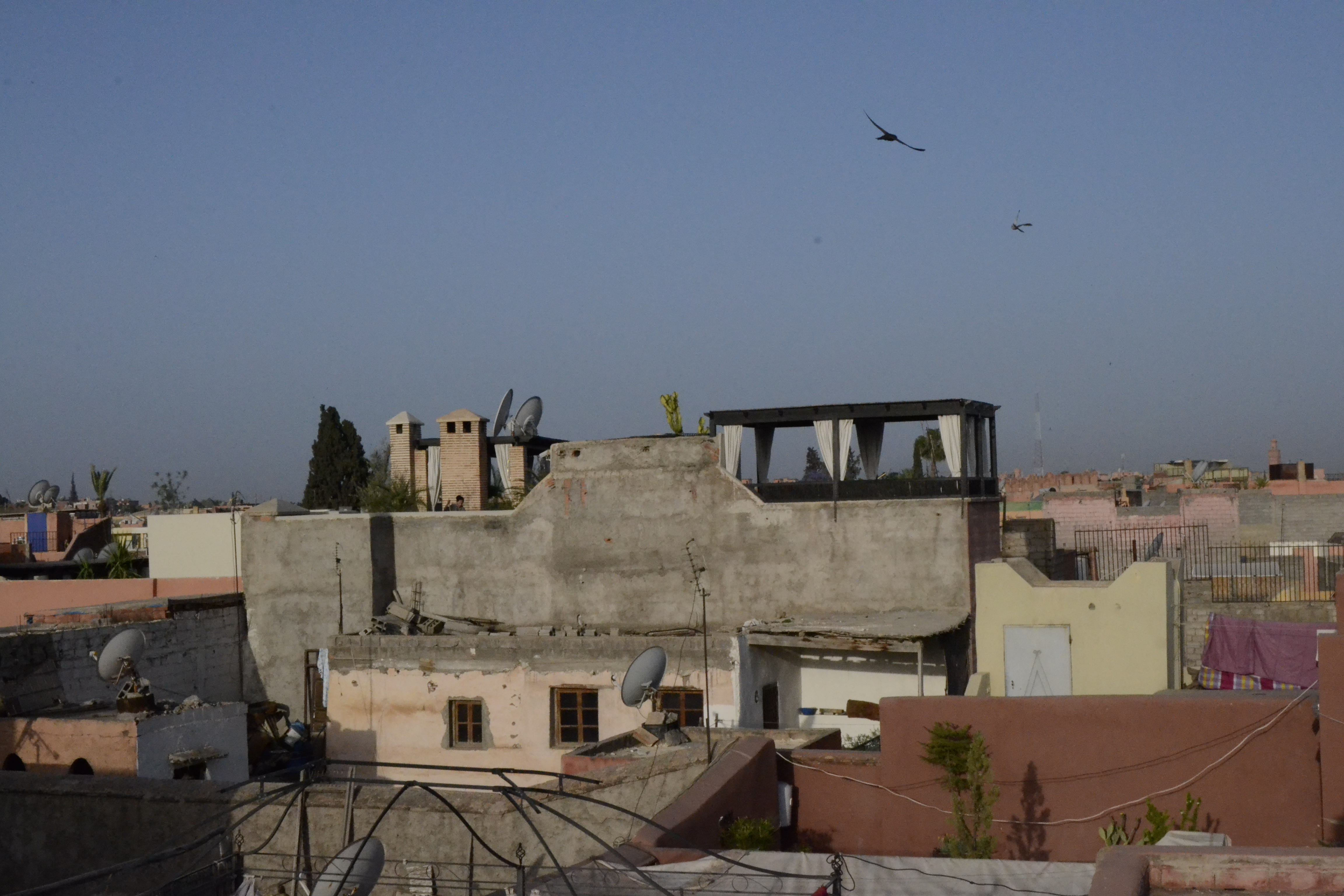 0600 we actually had to get up, but we still had to sleep for half an hour. After some coffee we quickly packed the rest and left the apartment around 0815. With our own car we wanted to go to Rastatt and change there into the bus to the airport Karlsruhe-Baden.

Within a short time we were in a traffic jam on the motorway, which was not very problematic, as we had brought enough time with us. We parked the car directly opposite the Raststatt station, which cost 20€ for the three weeks. The automat got on my nerves a bit at first, because nobody normally has so much change with them. Also the settings were annoying. 12€ for two weeks and 20€ for one month were available. Luckily we could pay with card and saved ourselves at least the annoying train journey to the FKB. After some time the bus came, cost 2.40 per person and we reached FKB after 30 min drive through sad bourgeois settlements. After a short nicotine refreshment with our e-cigs we went straight through the security check. I found it exciting if something could go wrong, because we had not checked in any luggage and wanted to go through with all kinds of liquids.

In addition we had a lot of sandwiches with us, which this time caused an explosive test, but which turned out negative. We sat outside in the sun, or shadow, to get around the rest of the time. In 1630 the gate opened where the passports were checked. The whole thing took a while as the gate filled up more and more. We were the last to go in, which also allowed me to ask for one of the free rows of three in the back, which was also possible without any problems. So we had a relative comfort for the first time. A little confusion was due to the time difference. The flight should take off in 1730 and land in 1900 in M. So I thought at first that the flight would take 3.5 hours. After one hour flight I looked up from my notebook to see something similar to Gibraltar out of the window. 30 min later the plane finally landed. In M we arrived about 20 min too early, and that after only about 2h.

This surprised me and should still bring a while confusion with the time with itself. From the airplane we banged against 42 degrees on the runway. To the left of the terminal a new airport building was built. The entry lasted quite long due to the numerous passengers, although all 18 counters were open. I had to complete my casually filled out questionnaire for the entry with the exact address of the hotel, stamp and after the booth again passport control. Meaningless.

In front of the airport there was no more time to steam, as the bus L234 left the exit already left. The bus goes past Jeema el Fna and then to the bus station. We wanted to go to the bus station. The trip cost 30 Dh per person, thus about 3 Euro and lasted approx. 20 min. From the bus station we still had to go through the medina. Although I had saved the approximate position of the Maison in the navigation device of my mobile phone, it was hopeless to find it that way. The maze was of course extreme and we came out at another Maison. I knew it by name and we had to be relatively close to our destination.

We rang the bell and asked for directions. We were given a guide who guided us to our destination within 5 minutes. The local contact person was not there and had to be fetched first. That took a while. When he was there gabs tea and a conversation until the tea was drunk to the end. We actually only wanted to go to the room. The accommodation was the Maison de Hotes Nomades. There were two different ones to choose from. One directly in the ground floor, so that one lived directly beside the tables, since there were also windows into the inner courtyard. And another one on the first floor, but with two single beds. Due to the better location, we decided on the first floor. The room had a well functioning air conditioning and an old TV with video recorder and satellite reciever.

The reciever didn’t work but that didn’t interest us either. The main thing was that the air conditioner worked and it did that very well. We put the things down and the hotel man gave us a copied hand drawing of the alleys to the hotel. He accompanied us to the main road and from there we walked alone through the hectic hustle and bustle with still extremely high temperatures towards Jeema el Fna. The place was well filled and after a short look around we sat down at some stand and ordered coscous with beef, lamb and chicken, as well as mixed barbecue skewers and tea.

The whole fun cost 180 DH, which is extremely high for Moroccan conditions. For example, a tajine in the interior costs just 25 – 35 DH and a two-person tajine with everything about 70 DH. The food was quite good but more than once you really don’t have to do that. Every other snack offers that too and maybe even better. The flair on the place is in the long run also annoying in contrast to other not so touristic places. Meanwhile it had become quite late and we went again on the way home. After some minor mistakes we reached the Maison again and ended the day with a full climate. 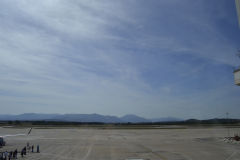 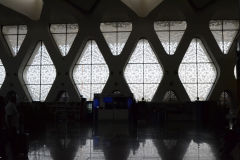 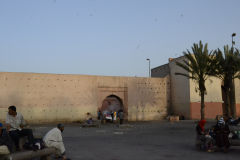 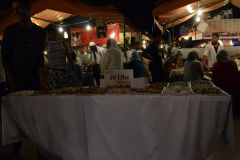 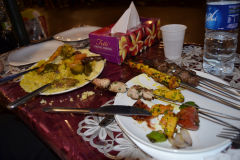 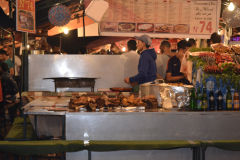 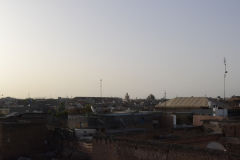 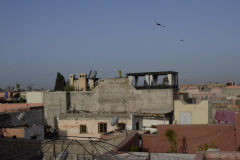 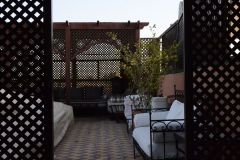