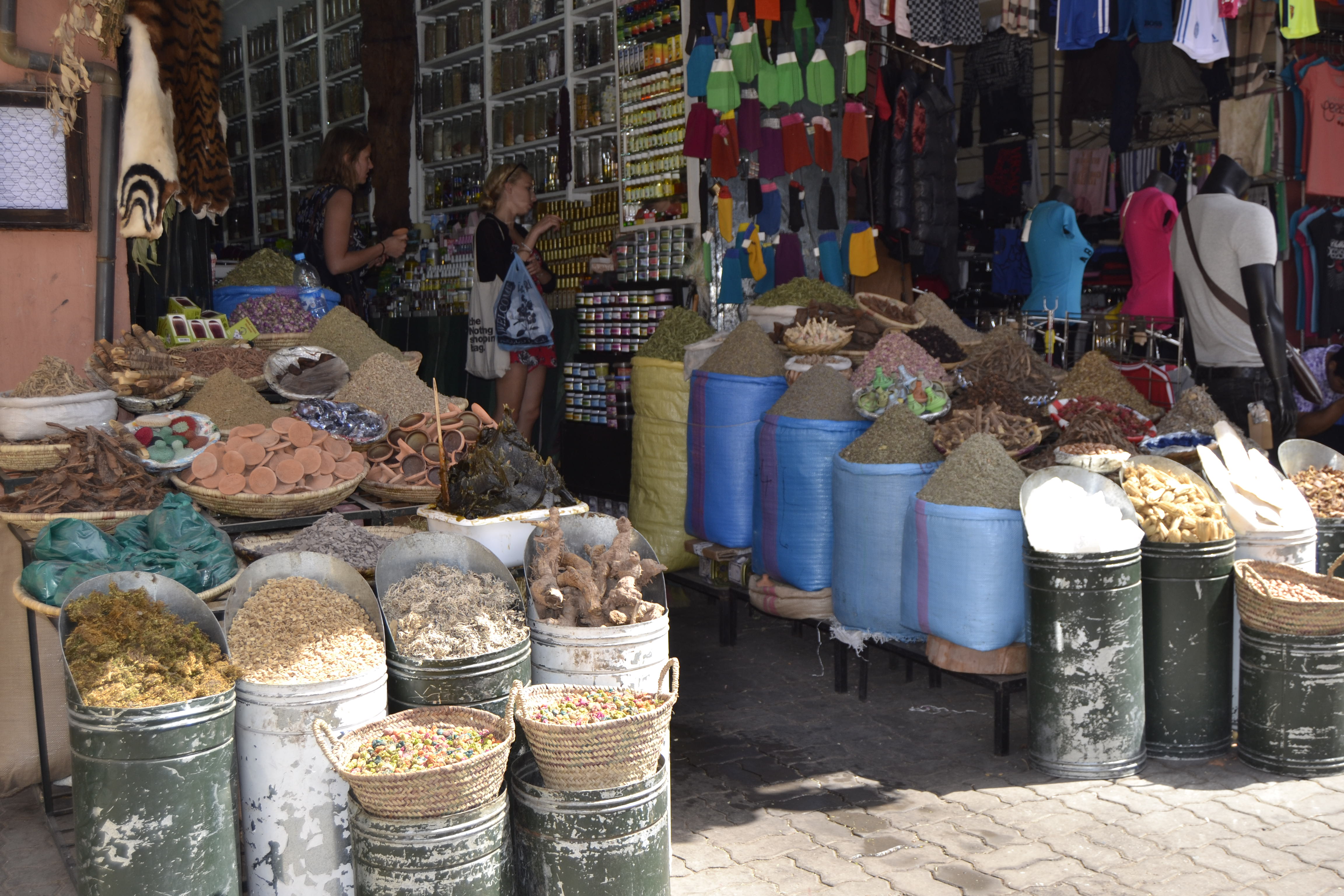 Despite air conditioning it had been quite warm at night. We started the day around 0800 with a breakfast in the courtyard of the Maison, consisting of jam, baguette, cheese, salami and coffee. Afterwards we went out to look around in the Medina. Around 1000 it was still quite pleasant and hardly people on the way.

At first we went to the old Koran school, or better said we went by taxi, because the way was completely unknown to us. When we already sat in it and drove me a lot the taximeter and I pointed to the switched off device. the type meant only no taximeter and 30 DH. For the short distance it was of course completely overpriced, but that’s what happens if you don’t set the price or insist on the meter. Marrakesh is in relation of the prices anyway with German comparable, since everyone tries to skim off the Touribonus. The 30 Dh for the bus that needs only 20 minutes from the airport are also unusual. With the intercity bus you can get anywhere else for the price. I think I paid less four years ago, but I can be wrong.

The taxi driver let us out near the school and told us the way because he couldn’t continue there. For the conditions in M this is relative, because even a few hundred meters mean a maze. The entrance lies under a superstructure and was not seen by me at all. Opposite the entrance there was a nice wide bench, which doesn’t happen otherwise in the medina. The entrance cost 10 Dh per person, whereby I had only one hundred and the cashier could not give away. As small change we still had 19, whereupon the cashier gave 1 Dh. The inner courtyard of the school was full of carvings and decorated with stucco where there was room.

The whole building was highly symmetrical. In the middle the inner courtyard and on the left and right sides again small inner courtyards and therefore finally three small rooms. On each side there were about 5 such courtyards over two floors. The rooms had only very tiny windows on the ceiling and were barred. All doors were massive and provided with Sehklappen, which let me the voluntariness of the mechanism appear skeptical. In the whole building it was pleasantly shady and cool. In one of the small inner courtyards we first considered where we wanted to go further. We decided on some kind of well from the planet. My Navi was not at all helpful, since all roads were written in Arabic. So I always had to use the map in the planet to find out the approximate position of the target.

It struck me that the planet maps are very different from the Nokia-Navi in the way they deal with the main roads and therefore it is much more difficult to determine the position. So we tried to get through the medina with the navigation device again. While the thing tried to find satellites, we already noticed that we went completely wrong. So we just decided to go straight through the medina to Jeema again, which turned out to be difficult enough. Meanwhile the heat had reached about 40 degrees and made us hard to deal with. From then on we tried to avoid any contact with the sun and went only in the shade and consumed enormous amounts of water.

We decided to go to the Saaditengrabern. Shortly before the graves we went into an almost empty, but sun-free cafe to escape the unbearable warmth and drink some tea after some recovery time we managed the 10 min to the graves in one piece, always pressed to the house walls in the shade. The entrance fee must have been about 30 Dh per person. One large hall could not be entered because of renovation and the rest was quite unspectacular. We wanted to go to the toilet, for which we were taken 5 Dh again. After a short recovery time we left the place again to go back to the Maison and cool down. The warmth became more and more unbearable and we had to slowly move forward in the shade.

After eternal running at over 40 degrees in the Maison arrived, we switched the climate back to full power and recovered for one hour. After this time we at least felt fit again to go into the garden. Meanwhile around 1630 the temperature had risen even further. In the beginning with a lot of verve, it went quite fast. Since noon I had a wet shirt over my head. After leaving the Maison I had a wet T-shirt on my head and a wet shirt on. The shirt was dry again within a short time but the T-shirt was perfect to hold on. We went back through the medina towards the bus station to the garden. This time I clearly noticed how clever the maze of the medina is for these temperatures. It wasn’t colder in the medina, but there were always shadows everywhere.

In the spacious Neustadt, however, one had to walk on wide footpaths in full sun, which was very unpleasant. We reached the garden shortly before 1700. The entrance fee should still be very high, which finally caused us to leave again. We dragged ourselves to the next cafe in the shade to have tea and coffee for the way back. Opposite the cafe was a small park in which a pigeon fed us kilowiseiseise food. In addition there was even still water. A person sitting around meant that the pigeons are beautiful and therefore are fed.

We dragged ourselves back to the Maison in the Medina and cooled down before the climate. Before I had already infected all the stupid devices for recharging. After a while I went out again in the dark to organize something to eat. somehow there was nothing in the whole quarter. At a small place there were three Spätis next to each other and nothing else. At one corner of the main street I discover a sandwich shop. I got two Omlettesandwiches and Pommes for 30 Dh. In addition there were still three Krapfen for 10 Dh whereby I noticed like the type me in the price ripped off.

For dinner we went to the roof terrace, where there was still an extreme heat. After sunset there was some wind, but it hardly got any cooler air. We finally ended this baking oven bustle in the chamber with air conditioning. 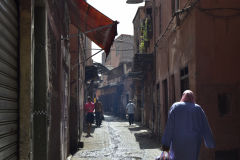 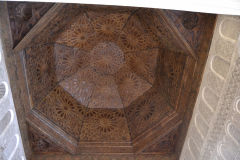 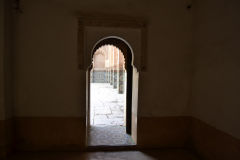 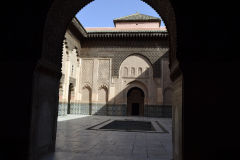 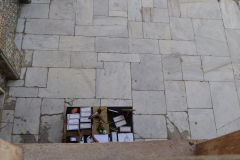 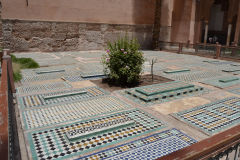 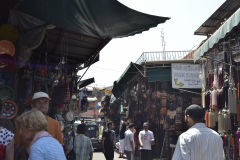 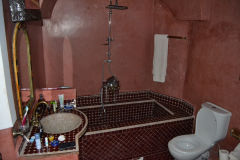 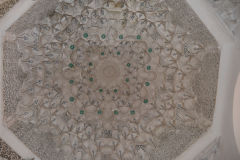 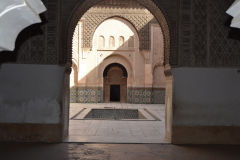 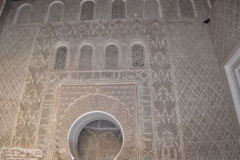 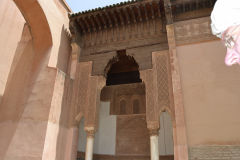 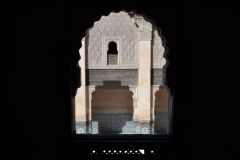 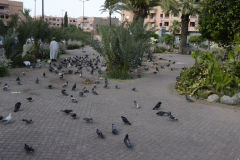 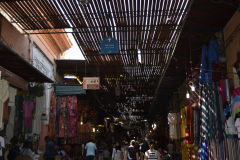 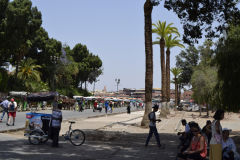 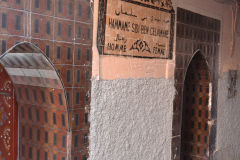 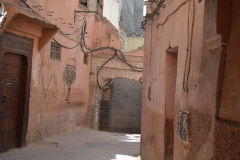 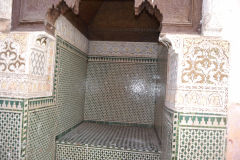 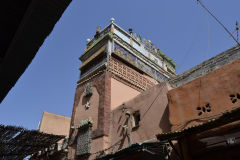 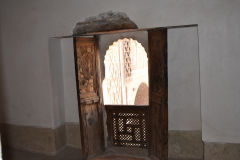 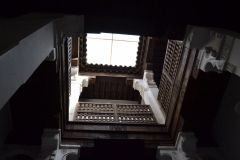 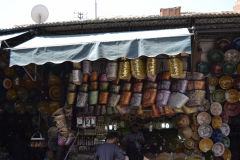 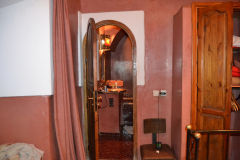