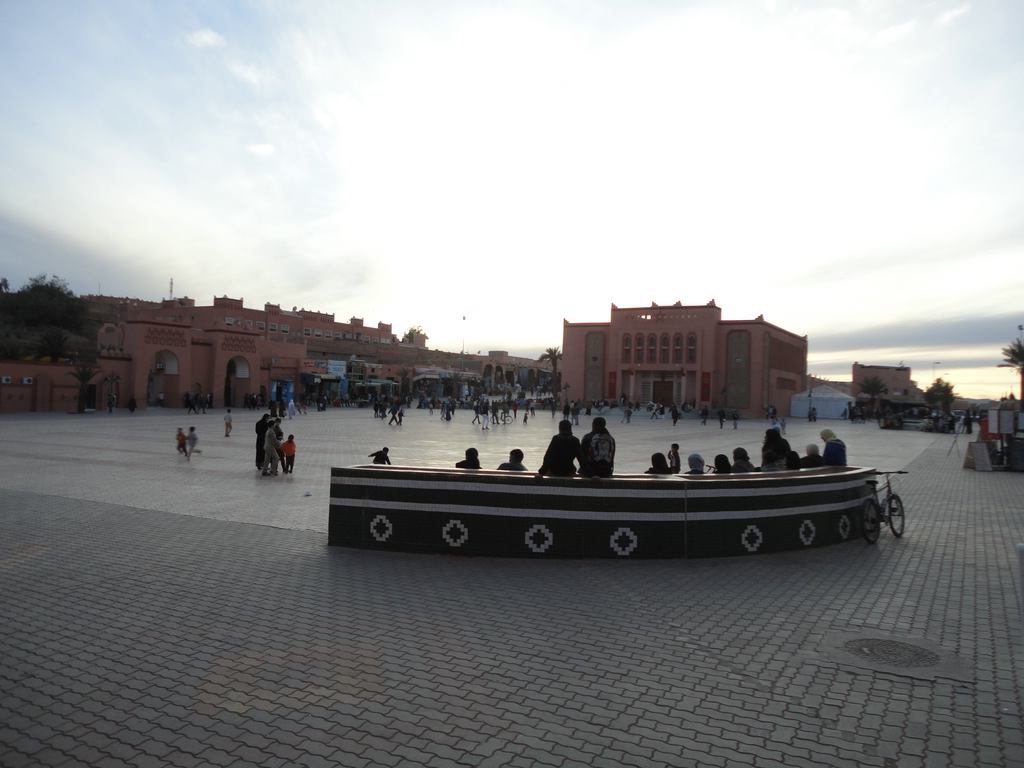 Due to the disturbances of the night I woke up again quite early, made myself clear so far, checked out and went back to the square. I must not forget to mention that in the meantime I had brought a strict order into all my things in order not to forget anything, to get it stolen or to have to search for a long time. So packed I went to the market to drink coffee. Here was somehow still nothing going on. So I sat for a while with coffee and cigarettes and studied the rest of the route.

At some point I walked around a bit supplying me with flat bread, nectarines and cheese, as well as a drink for the trip and went towards the southern gate. Of course nothing went there at first. Buses arrived and some left, but there was no crowd like the day before at noon. Here I thought about how I should find out my real bus and if I got ripped off. But that should find itself somehow. Finally I sat down at the bus station cafe, which consisted of a booth with some umbrellas and drank tea and waited. The bus came sometime, in any case not punctually. But I don’t know how I recognized it. Probably the crier had roared the goal and I was just somehow right. After some waiting and the usual starting and honking, the continuous food salesmen and some old Betfrauen, to whom I gave two oranges I went east.

At the beginning the drive was almost straightforward and barely ascending. After about half of the journey and before the Atlas crossing the bus stopped at a village on the road to take a break. Most of the guests sat down at a stand with a barbecue, which also emitted powerful clouds of smoke. I sat next door in a cafe and drank tea and studied the map. After about half an hour I went on. The bus now climbed up the road to the Atlas, where at the highest point an almost sudden transition into another landscape took place. Here was the North African watershed and it looked like this. Most of the rain comes from the west, rains down in the Atlas and further east there is nothing left.

The plateau consisted of rocks and desert, while the ascent was still characterized by quite green landscape. From this point, the landscape became greyish-yellow. On the way there were again very interesting serpentines and in general a clear landscape that was not restricted by any tree. At some point we reached our destination, but the bus station was quite far west, outside the city centre. So I walked further to the east to arrive at a small hilltop in the actually small centre.

The city was quite clear and modern at this point. The first thing was to find a hotel. Directly at the main street was the Royal. After visiting the barren room for 80 Dh I agreed. The room had its own shower, a luxury I didn’t have on the tour yet. There was also electricity, there was also bed, so it was sufficient. At the reception there was a senile old fussel, which should bring me sometime almost to the white embers. After all, it was so slow that it took ages to get the simplest things done.

The check-in took another half an hour. He also mentioned that I should give the key when leaving. I didn’t care about that at first, later I didn’t think it would be so great to wait 10 minutes while handing over the key and 10 minutes later to wait another 10 minutes while walking. I forgot to mention that the shower could provide almost endless hot water, which later turned out to be another luxury that made me spend 250 Dh on a room at the end of the tour. The room had like all rooms in which I was of course no heating. But here I had underestimated Ourzazate.

Later I read somewhere that in winter cold winds can come down from the atlas. On the first evening it was still possible, but it was already a clear difference to Sidi Ifni where it was nevertheless approx. 18 °C at night. In the first night the temperatures went down to about 5 °C, while in the daytime it was about 25 °C. On my last morning, at the departure there was frost and the windows of some cars were frozen. I put my things down and asked for something to eat. Just around the corner there was a place where all kinds of people cavorted.

I didn’t see any tourists at all here like on the trip since Agadir. Around the place there were some restaurants that looked quite modern. I walked a little further through the small center, but didn’t really find anything to eat for me. At some point I went to my room to take a shower and wash my clothes and to finish the day. 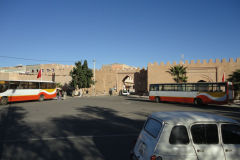 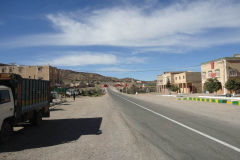 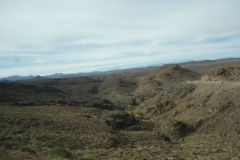 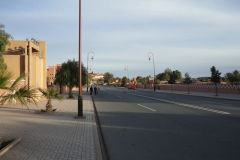 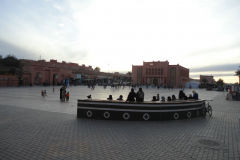