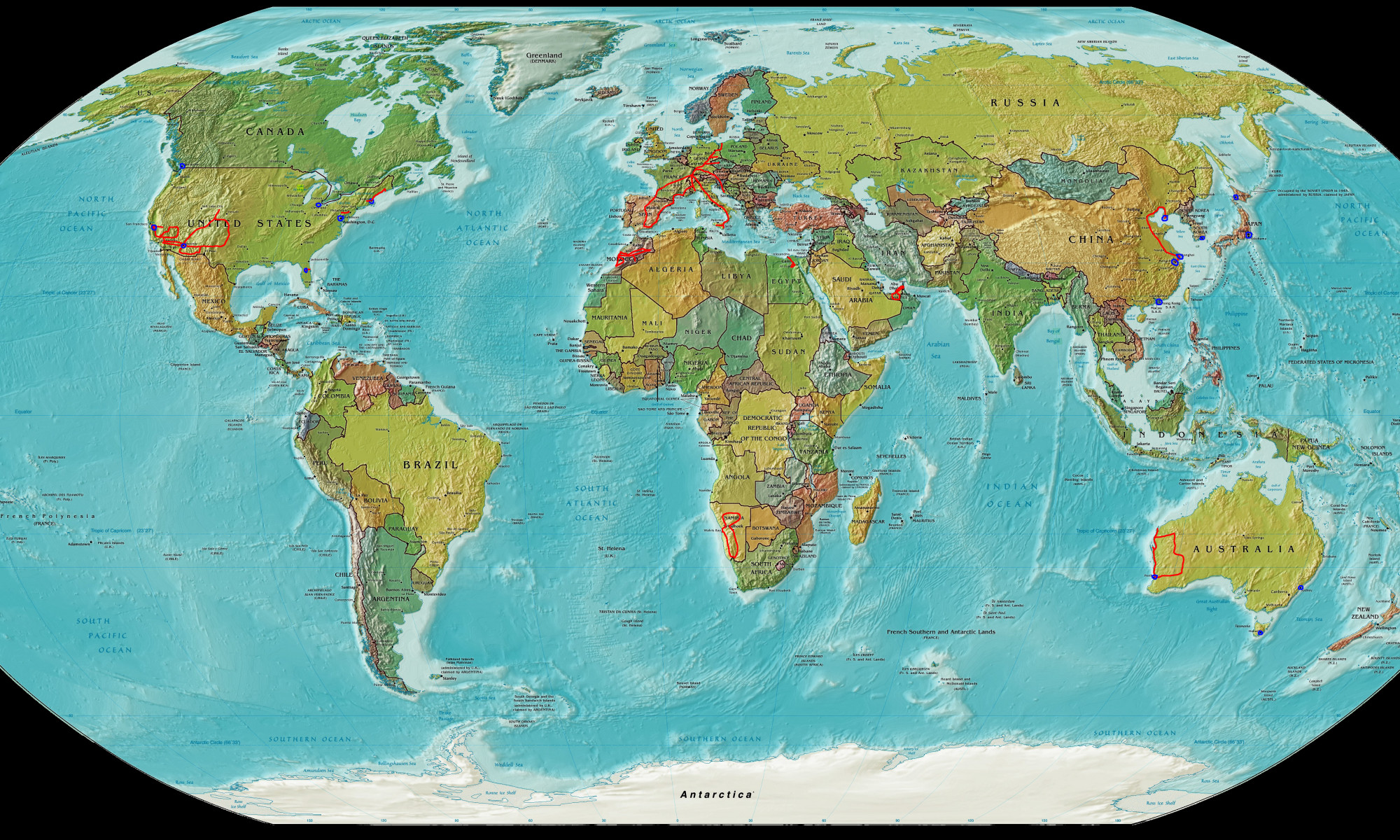 In the course of time I have accumulated a number of places visited around the world. This website is primarily there to document these places for myself and to help a little with the memory. Mainly photos will be found here, but since 2018 also videos. In addition there are some travelogues, which were unfortunately never really finished, but will be completed in the future. The website starts with a tour to Florida in 2009. Through official visits I visited far more places than are shown on the map and were marked. However, I at least marked the most important places. For some there are no travel reports, photos or videos because the length of stay was simply too short or I had no desire to document something. The following places or regions were visited by me and have some content on this site: