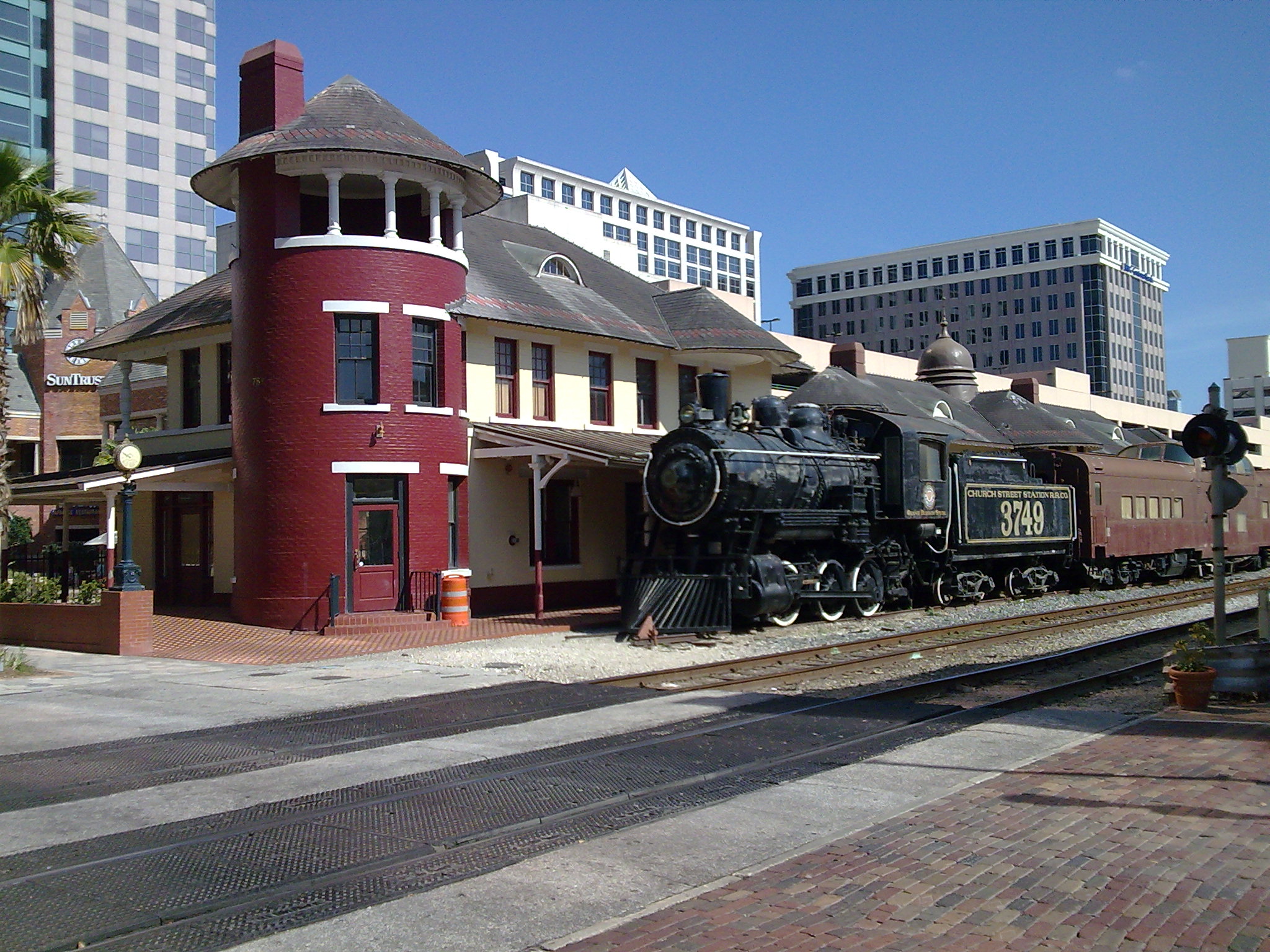 After the cleaning lady had awakened me I grabbed my things, paid somehow at that time still in cash and went outside to look for a taxi. Wrong again. Credit card makes things easier and it is standard that you can call the taxi in front of the hotel at the reception. Yes at that time I was still really inexperienced. Somehow I found a taxi or maybe I got a call because I remember that the area there seemed quite lost. The journey cost again approx. 50$. That doesn’t have to surprise at all, because the distances in the USA are much bigger than anywhere else.

The Gaylord Palms Orlando was somewhere in the green nothing. I checked in and if I wasn’t impressed on the outside then I was finally inside. The room had nothing special. That annoys me always in some hotels when they list what is so everything in the room. Important for me first of all is that I don’t get claustrophobia. That I had too often, that the room consisted of only one bed and you have to squeeze around it. So first big and then the rest.

Especially if you’re in there for more than two days. The Gaylord Palms is huge. Huge is no expression at all. From my room balcony I had a view of a tropical garden with a lake on which there was a ship and a bar. The garden was in the hotel, mind you. The whole thing was covered with glass and air-conditioned. Later I saw more of it. Koi ponds, alligators and turtles, birds, restaurants, etc. Outside there were probably 10 different pools. Below there were parking decks and conference rooms as well as real halls. The room normally costs $300 a night, which was luckily included in the conference price. I could never have and would never have wanted to settle that.

After a short look around I decided to go outside. At the reception I asked for a bus stop. Today I have to laugh into myself with such naivety. Of course there was that and the good woman tried after she had asked me ten times whether I do not want the limousine me a plan to print out and explain the way. Actually not difficult. Out of the hotel, then right and next again right. After I had walked for an hour on the highway at over 30 degrees I finally reached the bus stop in the town with the funny sounding name Kissimee. After another half hour or more I finally got a bus to Orlando. But the bus first went to Disney-Land and then back to Orlando. That gave me at least the time to plow around in the landscape, which consisted mainly of very widely spread houses with quite large plots and otherwise green flat areas and some palm trees.

In the bus it was very cold. I had already noticed this when the door opened and I was freezing all the time. Later a much older colleague had told me that he was shopping in the USA opposite the hotel and had to or wanted to walk along the highway. When he came back with his bags cars stopped on the highway and gave him money. That’s what he told me when I did a similar action near Boston. Someone who hasn’t been there just can’t imagine it. It simply doesn’t go anywhere without a car. And if you are, then you are bitterly poor. After I had called a friend who had once lived in Orlando and told him that I go by bus, whereupon he laughed at me again, I decided later to go to the airport to look for a car. Without a car I would have been locked in the gaylord the whole time.

As noble as the hotel is, the prices were, and I didn’t feel like spending $100 on food every day and not getting out. Already diagonally. In Florida and then you live in an air-conditioned greenhouse. Only once later I didn’t have a car again, because I was really only close to Boston and wanted to go with Limo to the hotel and back again. But that just wasn’t possible. The hotel where he dropped me off was called similar, but it was not. So I was allowed to cross the highway for one hour. The hotel didn’t have anything else to eat, so I had to go back over the highway to a shop. So never without a car in the USA! Especially since it is cheaper. A car costs about 20-30$ a day. Arrived at the bus station was not so much going on. All in all the city was quite busy and quite empty. At one lake there was something with guitars, but I decided to go back and drive to the airport. Within a very short time I had a car.

That must have been a Toyota Camry. I don’t even remember how I got it. I don’t think I had a credit card back then. Or maybe I did have one. Without it goes as far as I know not. Maybe that was still possible in 2009. With the car it was much better, because you can see so much faster and more. I drove again in the direction of Orlando and later to some Käffern at the Gaylord. There were toll booths all the time, so I had to pay attention to a deposit of coins in the car. In a small town I made then my first realization with the somewhat different traffic rules in the USA. A street of the same rank means that the first one who arrives there first drives first. So I stood there a bit daft, because I wanted to let the other one go right of me and that one me. That caused me to have a look at the traffic rules in the evening. After some time driving around and doing some shopping I sat down on my balcony and smoked comfortably in front of me in spite of a smoking ban in the hotel while I was surfing around with my laptop. 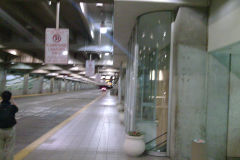 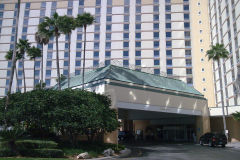 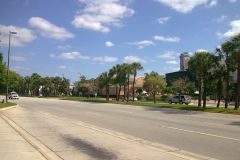 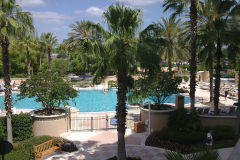 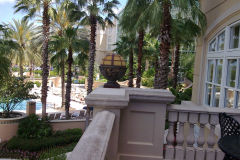 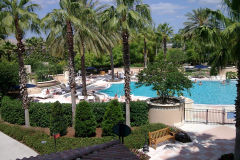 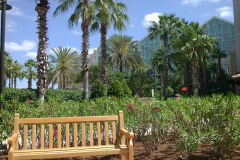 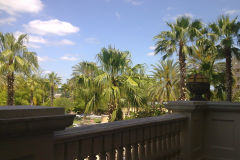 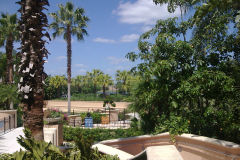 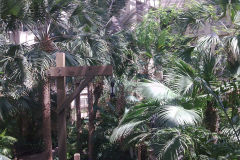 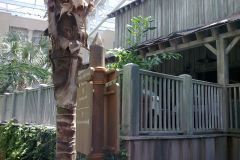 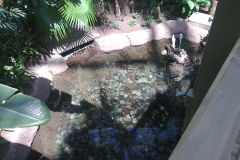 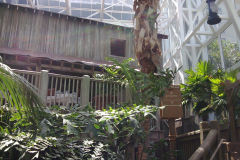 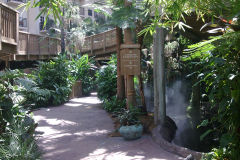 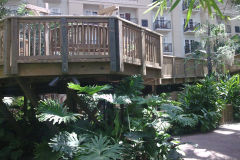 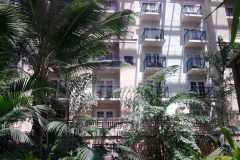 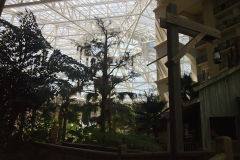 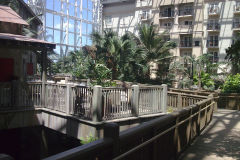 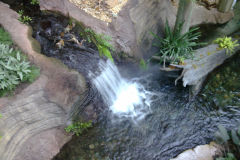 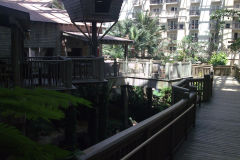 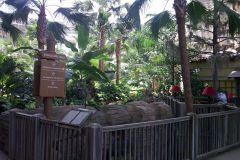 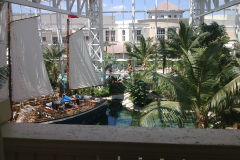 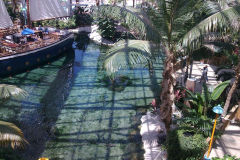 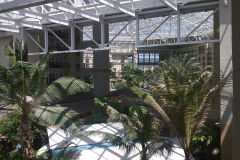