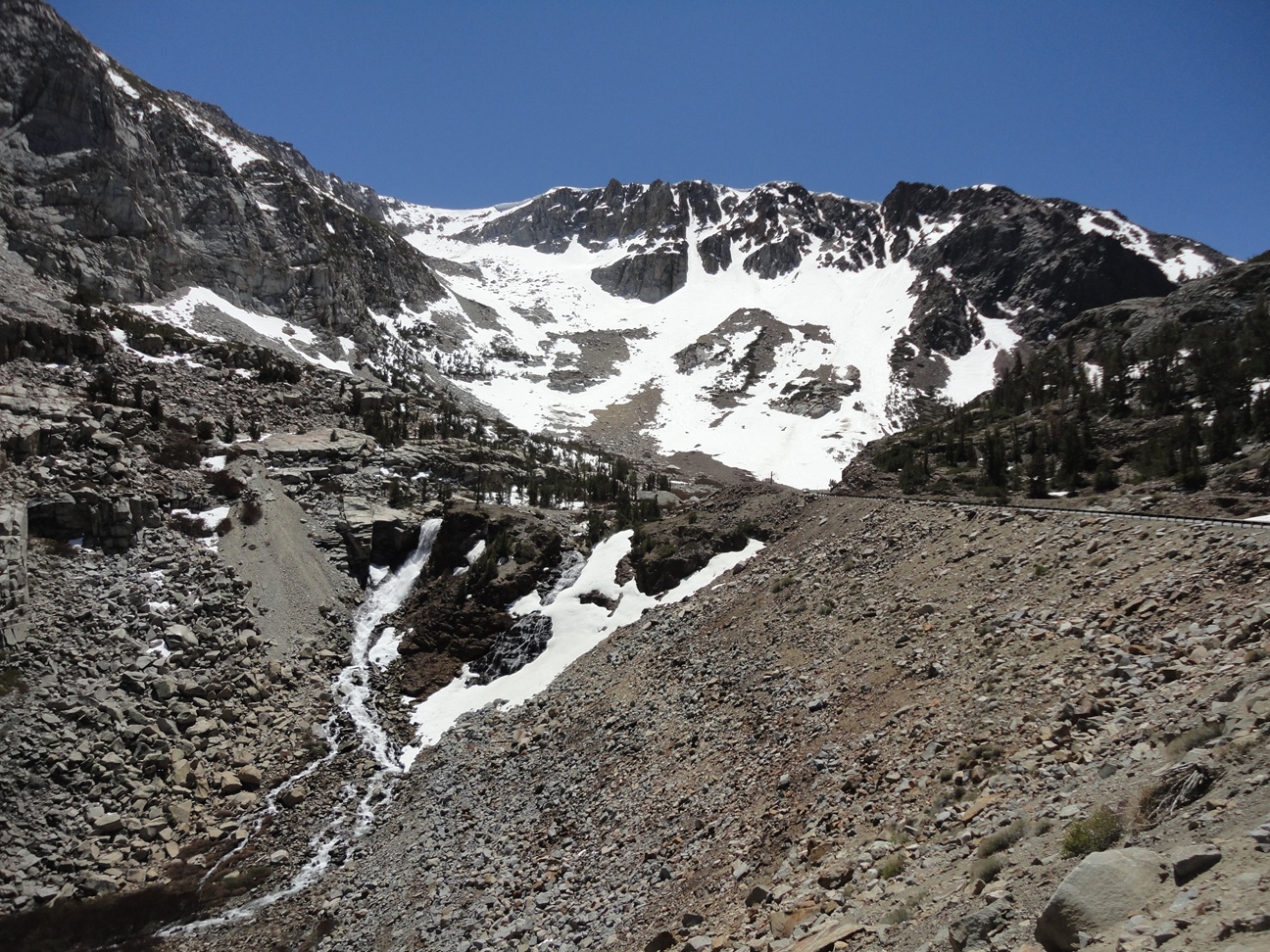 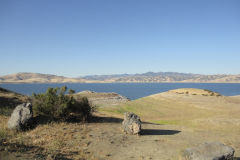 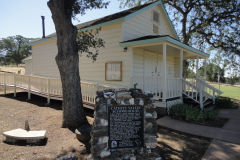 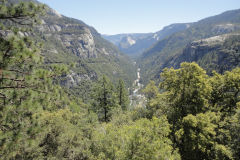 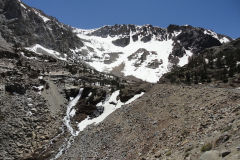 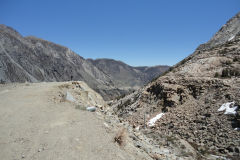 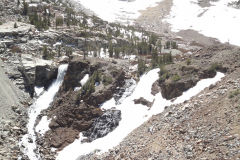 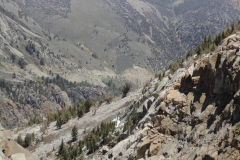 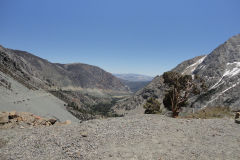 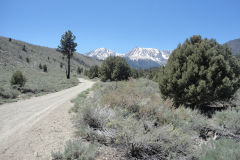 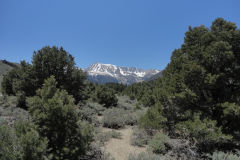 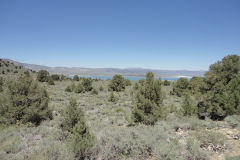 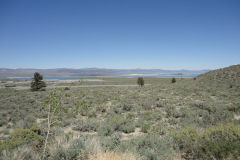 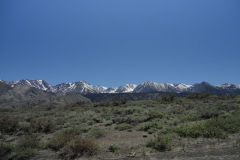 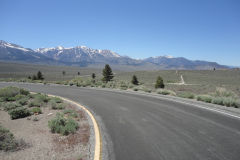 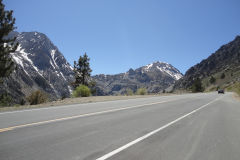 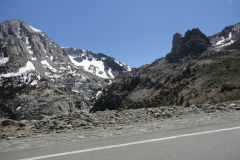 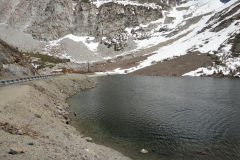 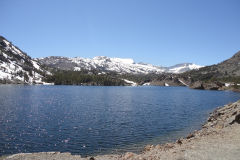 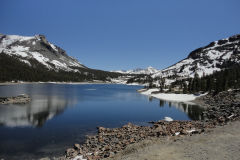 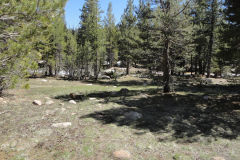 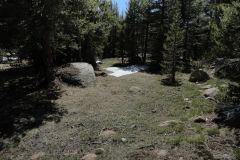 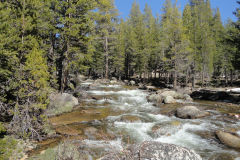 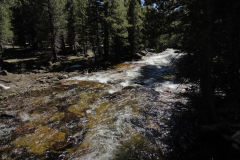 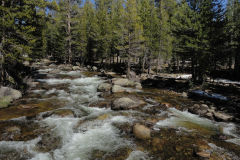 Yosemite National Park, located in the Sierra Nevada mountains of California, is a natural wonder and a treasure of the United States. The park, which covers over 1,200 square miles, is known for its spectacular granite cliffs, cascading waterfalls, and ancient giant sequoias.

The park’s most famous feature is Yosemite Valley, which is a seven-mile-long and up to a mile deep glacial valley that is home to some of the park’s most iconic landmarks, such as El Capitan, Half Dome, and Bridalveil Fall. El Capitan, a granite monolith that rises more than 3,000 feet above the valley floor, is a popular spot for rock climbing, while Half Dome, an imposing granite dome that rises more than 4,700 feet, is a challenging hike for experienced hikers.

Yosemite National Park is also home to many other natural wonders, such as the Mariposa Grove, which is home to over 500 giant sequoias, the largest living organisms on Earth. The park is also home to a diverse array of wildlife, including black bears, mountain lions, and mule deer.

The park has a long and rich history, it was first protected in 1864 when President Abraham Lincoln signed the Yosemite Grant Act, which set aside the land for public use and preservation. This was the first time in history that a government had set aside land specifically for preservation and public enjoyment.

In addition to its natural beauty, Yosemite National Park also offers a wide variety of recreational activities, such as hiking, camping, rock climbing, and horseback riding. There are 13 campgrounds in the park, which offer a range of services, from RV hookups to tent camping. The park also offers a variety of ranger-led programs, including guided hikes and campfire programs.

Yosemite National Park, located in the Sierra Nevada mountains of California, has a rich and fascinating history that spans thousands of years. The park’s land is home to the Ahwahneechee people, who are known for their rich cultural heritage and deep connection to the natural world. They have lived in the area for thousands of years, and their history and culture are an important part of the park’s heritage.

The first non-indigenous people to explore the area were American soldiers during the Mariposa Indian War in 1851. However, it was the famous naturalist and conservationist John Muir who brought national attention to the area with his writings and lobbying efforts. His efforts, along with those of other conservationists, helped to establish the park as a protected area in 1864 when President Abraham Lincoln signed the Yosemite Grant Act. This was the first time in history that a government had set aside land specifically for preservation and public enjoyment.

Throughout the late 19th and early 20th centuries, the park was managed by the state of California, and during this time, many of the park’s infrastructure, including roads, trails, and buildings, were developed. In 1906, the park was transferred to the federal government and became part of the National Park Service.

During the early years of the National Park Service, the park’s main focus was on recreational activities and tourism. However, in the 1930s, the park’s management shifted to a more conservation-focused approach, with an emphasis on protecting the park’s natural resources and preserving its ecological integrity.

In 1984, the park was designated as a UNESCO World Heritage Site, in recognition of its outstanding natural and cultural values. Today, Yosemite National Park is managed by the National Park Service and continues to be a popular destination for visitors from around the world who come to experience its natural beauty, recreational opportunities and learn about its cultural and historical significance.

Yosemite National Park has a rich and fascinating history that spans thousands of years. From the Ahwahneechee people, the first non-indigenous people to the National Park Service management, the park has been shaped by human interaction and natural forces. The park’s history reflects the evolution of conservation and preservation efforts, as well as the changing attitudes towards nature and the role of protected areas in society. The park’s natural beauty and cultural heritage continue to make it a must-see destination for visitors from around the world and a symbol of the importance of conservation for future generations.

Yosemite National Park, located in the Sierra Nevada mountains of California, is renowned for its spectacular granite cliffs, cascading waterfalls, and ancient giant sequoias. The park’s geology is a major reason for its striking natural beauty and is a fascinating subject for geologists and visitors alike.

The park’s most famous feature, Yosemite Valley, was formed by glacial erosion about one million years ago. The glaciers that flowed through the valley carved out the deep V-shaped valley and polished the granite cliffs, creating the smooth and sheer surfaces that are a signature of the park. The granite that forms the cliffs, domes, and mountains in the park is part of the Sierra Nevada Batholith, a massive body of granite that was formed by the cooling and solidification of magma deep beneath the Earth’s surface about 100 million years ago.

The park’s waterfalls are also a result of its geology. The water that flows over the falls comes from snowmelt and rainwater that collects in the high country and is channeled through the granite rock. The water flows over the cliffs, carving out narrow canyons, and creating the spectacular falls that are a major attraction in the park.

Another notable feature of Yosemite’s geology is the Mariposa Grove, home to over 500 giant sequoias, the largest living organisms on Earth. These trees are able to survive in this environment because of the specific soil conditions and microclimate of the grove. They need well-drained soil and are able to survive in an environment where fire is a natural occurrence.

The park’s geology also plays a role in shaping its climate and ecosystems. The granite cliffs and domes absorb and retain heat, creating a warm and dry microclimate in the valley, which supports a unique blend of plant and animal life. The high elevations and granite cliffs also create a complex system of microclimates that support a wide variety of plant and animal life.

The geology of Yosemite National Park is a major reason for its spectacular natural beauty and unique features. From the granite cliffs and domes, to the waterfalls and giant sequoias, the park’s geology has shaped its landscapes and created a diverse range of ecosystems. Understanding the park’s geology allows visitors to appreciate the natural beauty and the processes that have shaped it over millions of years, making Yosemite National Park a truly unique and awe-inspiring place.