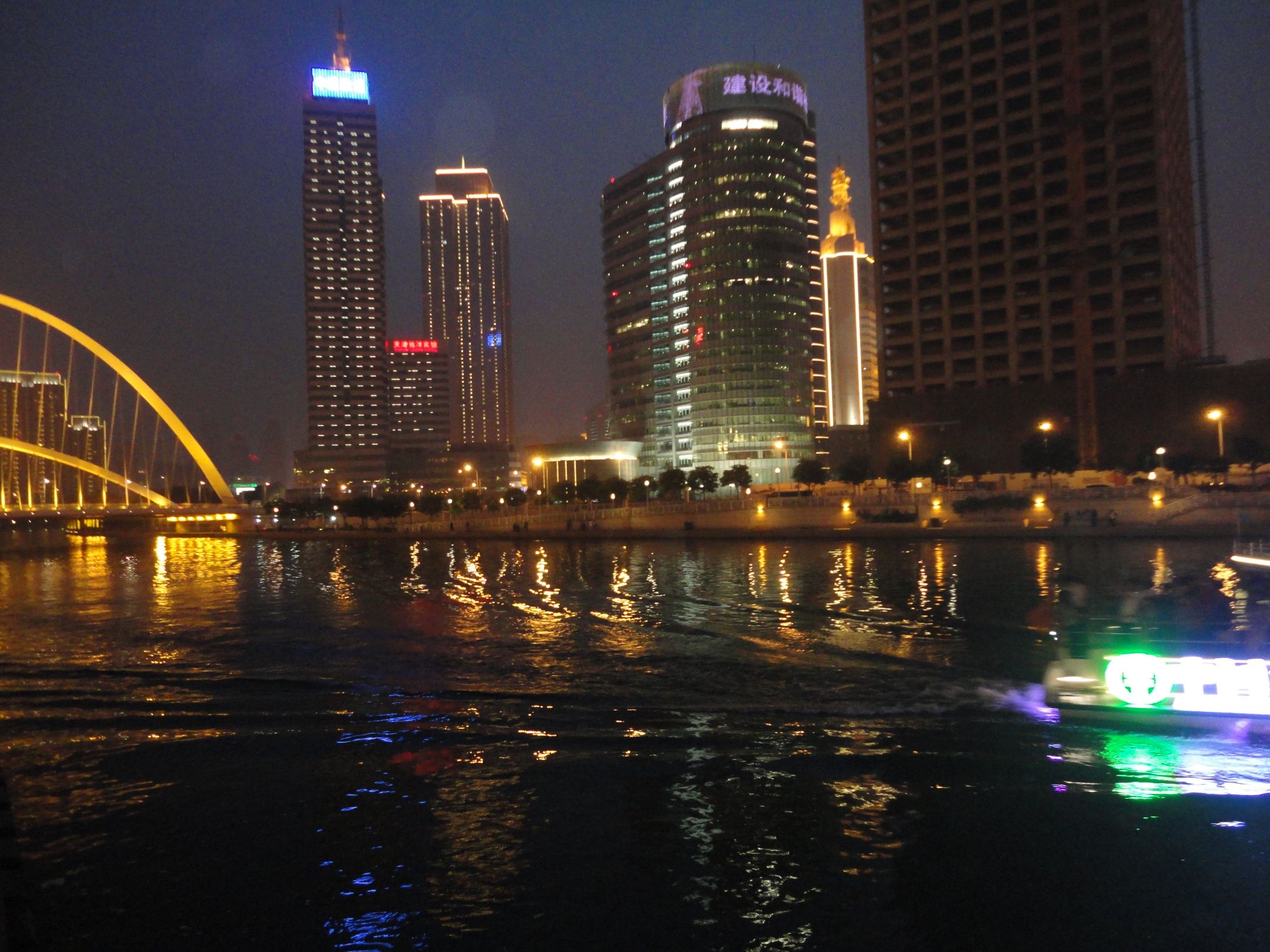 Departure was then about 0630. The train was already full this time, because it probably already crossed half the night true. On my place lay someone, whom I had to shake awake first. Fortunately there was also room for my backpack. The trip should take about 6h to Tianjin. There was nothing scenic to see at all. Only the new districts with skyscrapers were interesting to look at. The train was quite chaotic. Constantly a car with food and drinks passed by in the corridor. Some must stand in the corridor or then directly between the cars in the smoker area. On the tables at the window there are metal bowls which are meant for the garbage. People often nibble on sunflower seeds or fruit.

Very popular are packed sausages and also in bags shrink-wrapped chicken feet. It is eaten almost always and everywhere, whereby also garbage on the floor develops. The trainman responsible for the car constantly comes through with a brush and sweeps up the garbage from the floor. The temperature in the air-conditioned cars is always a bit too cold for me, so I can put on a little more clothes and save some space in my backpack. People also often eat bag soups in large 750 mL pots. But there is extra hot water in the car. Apart from that, people do nothing at all, maybe they spend some time with their mobile phones or turn on the music from their mobile phones. Another favourite activity seems to be staring at what is happening or not happening. Especially I am the object when I write in my notebook or read in the LP.

You can think what you want of the LP, in any case it is an enormous help if you plunge into the unknown. In China LP only the nonsensical word collection is annoying as a translation aid. Stuff is stacked everywhere in the car, except in the middle aisle, where someone constantly comes through with food carts. There are different train categories. The fastest with A, which I drove with K. That might have been the lowest category, although there were also some which had no letters but only numbers and which also had no air-conditioned cars, because I had seen that the windows went to open. A D costs about twice as much as a K train, but may be a few hours faster and more comfortable than a K train.

The K is about comparable to a German IC. Because of the crowding and the communication problems I never had the chance to book anything other than a train. The luggage racks in the K are definitely full of bags, sacks and barrels. You have to be lucky to find room for your luggage. Under the seats there is also some storage space, but it is often already occupied. Many also fill their transparent plastic bottles for green tea with water. The K stops approximately every 30 minutes at a small train station. In Tianjin the train arrived relatively punctually. When I entered the station I didn’t really notice that, so I had to ask. From the first track it rings sideways out of the station again. Here there were again some taxi and bus blusterers.

After the long sitting in the air-conditioned car the midday sun was quite pleasant. I estimated about 26 degrees around that time. Once again I didn’t know which hotel to go to, but then I crossed the big bridge at the station towards the city centre. The city made an extraordinarily modern and clean impression. After only a few hundred meters I stood strangely in front of a HomeInn, where I had already stayed in Dalian. The room should cost 219Y. Here I knew at least what I had, namely a clean room with internet and warm shower. I put my luggage down and had a noodle soup and a cappuccino with me. I also prepared my rucksack with a plastic bag so that I had to see if anyone had been there when I returned.

I took a photo of it to compare it later and went out with a plastic bag containing LP and cigarettes. The LP served as a communication and orientation aid. With my Navi that was an excellent interaction around itself to orientate. Of course I had forgotten to buy a map for the train and walked the few hundred meters back to the station. Also here it worked without problems within shortest time to get a ticket for the following day to Jinan. The ticket with the K cost 55Y, which was about 7€ for the 370 km long route further south. I took another train around 0630 to be there quite early. Arrival should be 1130 in Jinan. I went back to the old city center, further over a wide street into the city center. Here there were several intersecting streets, everything what there is also elsewhere in such shopping districts.

I went on through the side streets, which were far more interesting and full of food stalls. I hadn’t eaten for a while, but again there was only meat and I couldn’t really see what it was. But the rush was too big for me and I walked all over the numerous small shady side streets away from the big shopping streets. At one corner I discovered a sushi shop. You could choose single Sushi between 1-3Y or a box with 10 pieces for 10Y. I decided for the box and sat down on a shady bench. Although I had no idea at all what I had eaten, it tasted great, so I went back and bought second boxes for later. I went on through the side streets, where the picture was repeated. Numerous small shops with all kinds of stuff, food stalls.

I was actually looking for souvenirs, but could only find the same thing. Grills, Spätis, metal goods stalls. After I had walked for a long time very far through the area I went back towards the river to the side of the bridge where there were some nude sculptures and ate another pack of Sushi. Opposite was a skyscraper under construction, which already reached 50 floors. Back at the hotel I tried the internet connection. This time there was almost nothing going on. The chat on my side was occupied by a Chinese side. Other public chat rooms were also not accessible. Many sides went fast to load, others needed eternally or did not go at all. Upload of pictures was not to be thought at all. But I could exchange some emails and went back to the bridge to take a picture of the city at night.

Before I had found in a shop in a side street a souvenir in the form of a tea vessel made of ceramics. A kind of tea bowl with a ceramic candlestick, which was not expensive at all. At the skyscrapers there were again gigantic displays which illuminated the whole city. In the late opposite of the hotel I wanted to buy some cigarettes. The guy wanted 65Y for a box Taishan where I pay otherwise only 10. I laughed and dropped a beer, which was added with a correct price, about 4Y. The day ended with many more unsuccessful attempts to upload pictures. 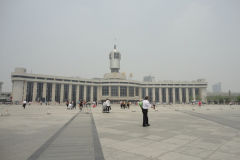 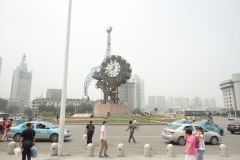 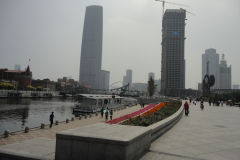 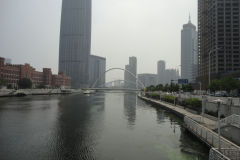 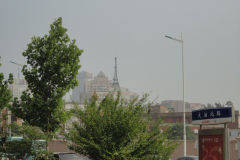 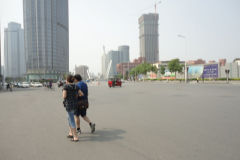 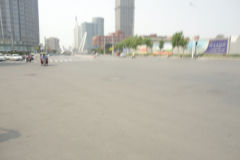 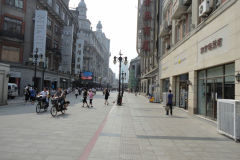 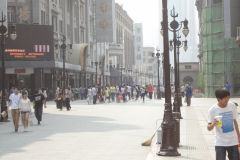 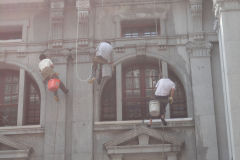 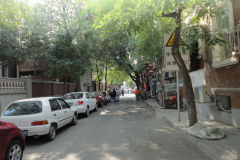 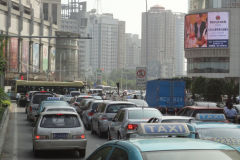 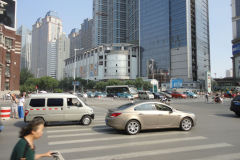 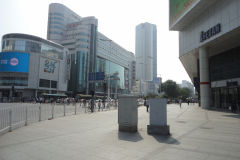 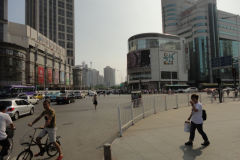 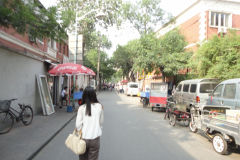 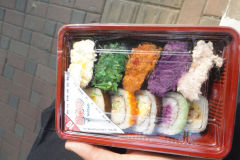 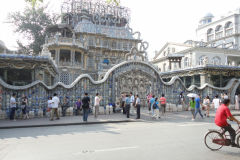 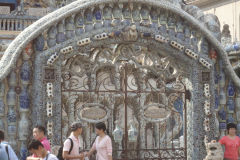 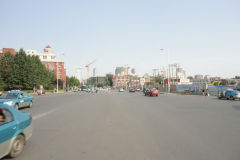 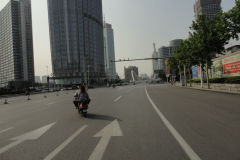 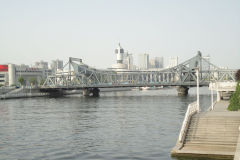 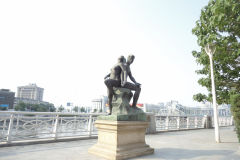 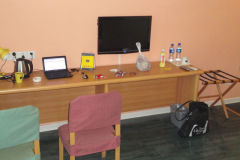