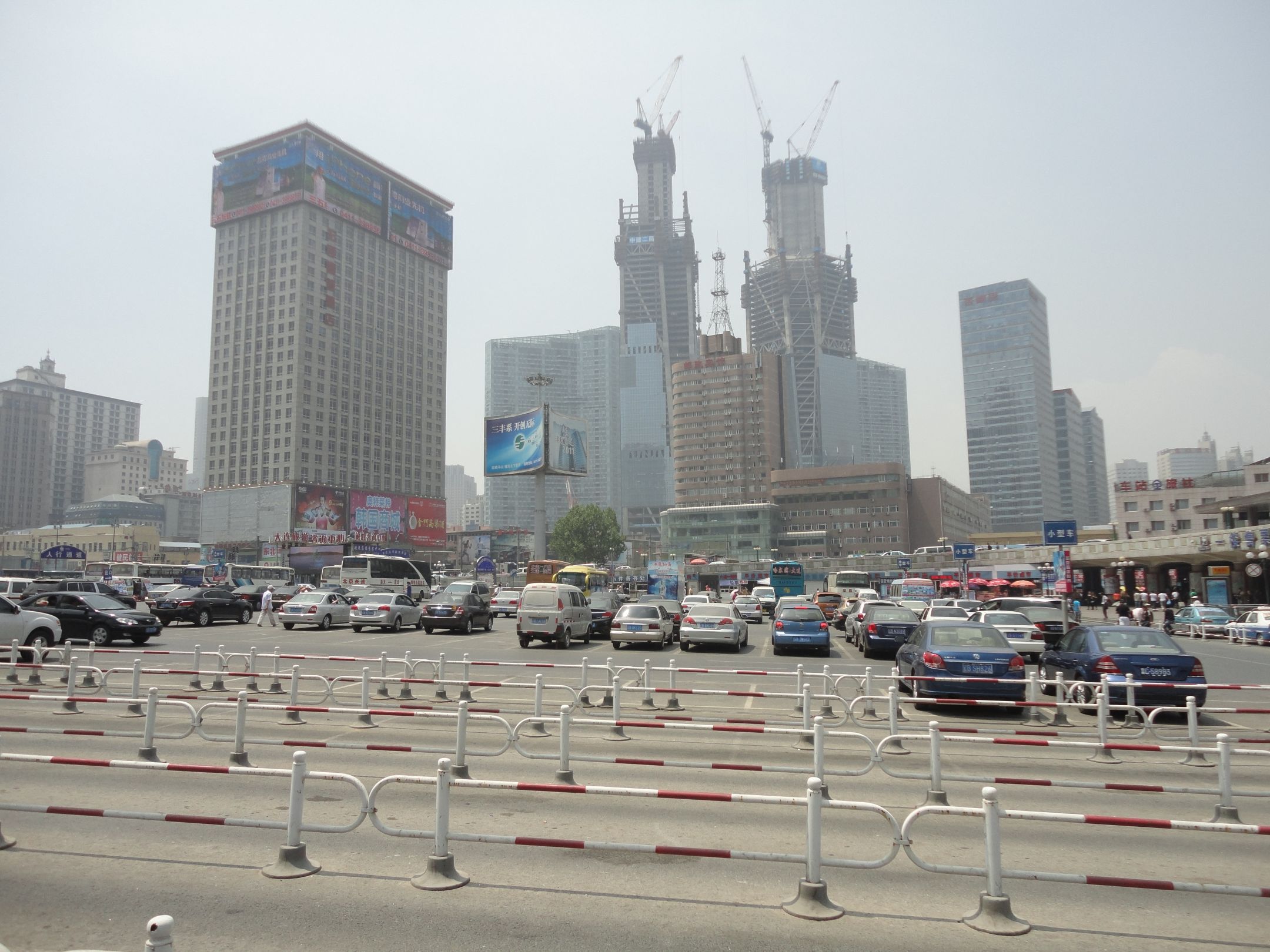 Around 0900 the backpack was packed. The LP came on top, because it should be used the most, because of the orientation and the translation. Passport and money card came in the trouser pocket. Then we went towards the train station. To the left there should be a post office, where I wanted to send an urgent letter to there. On the ground floor there was only a cash desk. But I quickly realized that I had to go to the first floor. The letter cost 6Y to DE. I still had 2h time before the train should leave. First I sat one hour before the station and stared around in the area and went then still pear juice at the Späti to catch up. In addition there were still sweet pastries. At the station there were also cherries from all possible dealers. On the signs there were 15 + signs and 2 + signs. For me that meant 15Y for 2 kg.

The trader stood shortly before the underpass to the other exit, where loudspeakers buzzed to each other in quite high volume. The woman packed a box full and wanted 50Y. That was clearly too much for me and I pointed to the sign. The woman didn’t understand what someone else was coming up with and filled something into a bag. 15Y for about 0.3 kg of cherries and they weren’t cute at all. The check-in at the station was like a check-in at the airport. Put the luggage in the scanner and go through a metal detector. Nobody was interested in the metal detector. The scanner probably also not so correctly, finally was there also my Netbook in it.

The waiting room was huge, on both sides the “gates” and underneath the platforms. When the train arrives, first the arrivals get out and then the departing ones are left on the platform. Of course the whole thing doesn’t work without snake formation. At each wagon there is a conductor with a blue shirt and checks the ticket again. Thus one cannot get lost at least not, since the goals are also all in Chinese characters. The wagons are numbered and since the map also includes a seat reservation, it is easy to find it. The train was already quite well filled, although it did not leave until Dalian. It was meanwhile quite warm outside but the train luckily had air conditioning. The train left with a few minutes delay. The windows could not be opened.

It was not allowed to smoke in the wagons. But there was more smoking between the wagons. That was also the officially signposted smoking zone. The train was a K train, thus a completely normal fast train below the ICE class, in approximately the same way as the German IC. After the departure the tickets were checked again. The train left Dalian very slowly. The city dragged on forever. I didn’t really know when to get off. Some stations had also readable signs, which were to be recognized however only if the train continued again, since I sat in the carriage no. 13. My GPS didn’t work in the train, because there was no reception.

At the edge of Dalian huge districts with 30-storey skyscrapers and 10-15 tracky stations were built out of nowhere. But the building measures looked a bit amateurish. For example, a train brought ballast for new tracks. The wagons were so fully loaded, that before a part was lost and on the already finished line more ballast was than actually should be. There were real ramparts of ballast left and right next to the tracks, which had to be removed later. The stones were distributed around the rails by three workers each. One had a SChaufel to which two ropes were attached. One put the shovel into the stones and the other two pulled on the ropes to distribute the stones. The train first went north, then west and finally south and stopped about every 30 minutes.

Nobody read anything. I hardly met anyone who read anything. I was probably the only non-Asian in the whole train. After some time I got into conversation with some students. One of them took his mobile phone to translate, but very often this was not successful, because he always tried to translate complete sentences. I didn’t want to try to make him understand that it’s better to use single words, because the sentences didn’t make any sense at all. So I was asked for my name and they tried to translate it. Of course that didn’t work. Due to the students I had no peace until the end of the trip, but that wasn’t too bad. One of them taught me the correct pronunciation of the Chinese words using the LP word lists.

During the trip we went through all the words in Mandarin. I took the liberty of joking from time to time and replied with words to Kanton. That is then perhaps so that someone answers instead of in high German in Saxon or so. The correct pronunciation was drastically different than described in the LP in phonetic transcription. Sometimes 10-15 people gathered around us to listen to us. The train arrived with some delay in XingCheng. Actually I did not know at all when it should arrive. Arrival was approx. 2130. Meanwhile it was already dark. One leaves the platform again by a gate, whereby again the ticket is checked. Outside there were numerous taxi drivers yelling at the arrivals. I sat down first to the right beside the exit to look for a hotel in peace and to orient myself. I waited also the Navi reactivated itself.

I actually wanted to look in the train for it, but by the students I came to purely nothing at all and was transferred literally abruptly into another world. In front of me stood three taxis and I wanted to go to the one street to a hotel I had picked out. But he made me understandably clear that the hotel is right here and I can walk there because it is not worth it for him. I also had the word that sounds like Schikkerella, which the students kept telling me. I understood also only thereby correctly that this word means something like arrived. I finally asked for one right on the beach, but decided to stay at the station again. With the help of the now again functioning navigation system I could find my way with map again, which is a great feature, because the LP of the city had no map and I always knew exactly where I am.

After a while I looked into the LP on the sidewalk, because I didn’t know the characters of the hotel I wanted to go to. I looked around and stood directly in front of a hotel, where the people from the reception waved happily at me. That must have looked a little crazy. I went in and looked for the price. That wasn’t the hotel I wanted to go to, but I wanted to look around. The room should cost 100Y, so about 12€. Immediately an old woman came running and did not mean that. I had also read before in the LP that the Chinese do not allow foreigners to stay in the cheap hotels.

I didn’t really want to go there anyway. But the two of them at the reception gave me a note with the characters for the hotel I wanted to go to. The hotel was relatively elaborately arranged at a corner. The 5 ladies at the reception didn’t know a word of English. The price should be 600Y which would have meant almost 80€. I didn’t feel like it and walked along the street again towards the station. After 5 minutes I reached a hotel with a price of 189Y. Again no English, but it didn’t matter. A cleaning lady showed me the room. Climate, TV, shower and PC with Internet. I agreed, because that was all I needed. The room was also clean.

At the reception I had to pay 200Y deposit, which I understood as 700. Then the woman didn’t feel like it anymore and gave me back my 200Y, 11Y with which the room was paid. I noticed also later that I had filled out nothing at all and also nothing with identity card and so on. I went to the room and switched on the computer. Of course it was all in Chinese. I took the network cable and tried it on my netbook. It didn’t work right away. I tried it again on the PC and only noticed when I called up this website that IE6 was installed, which the Joomla clearly pointed out to me, how it can be that there are still surfers with IE6.

Now I took the cable again and looked into the network settings of the PC. The addresses were fixed. But the proxy was an external one, so was the DNS. I set everything on my netbook and now had Internet on my netbook as usual. I quickly went out on the street to get some of the 3% beer in the late afternoon. Nothing was really going on out there. Beer and cigarettes cost only 17Y, whereas the cigarettes already amounted to 10. I went back again, surfed a bit and set the climate to 18°C to matte. 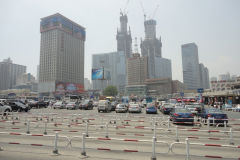 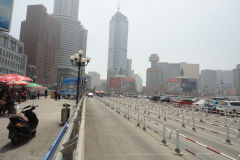 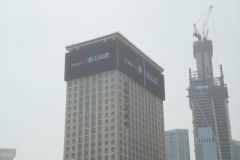 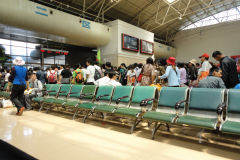 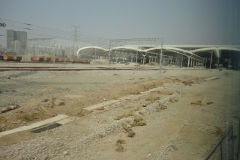 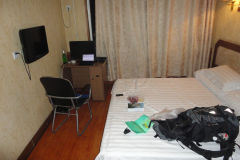