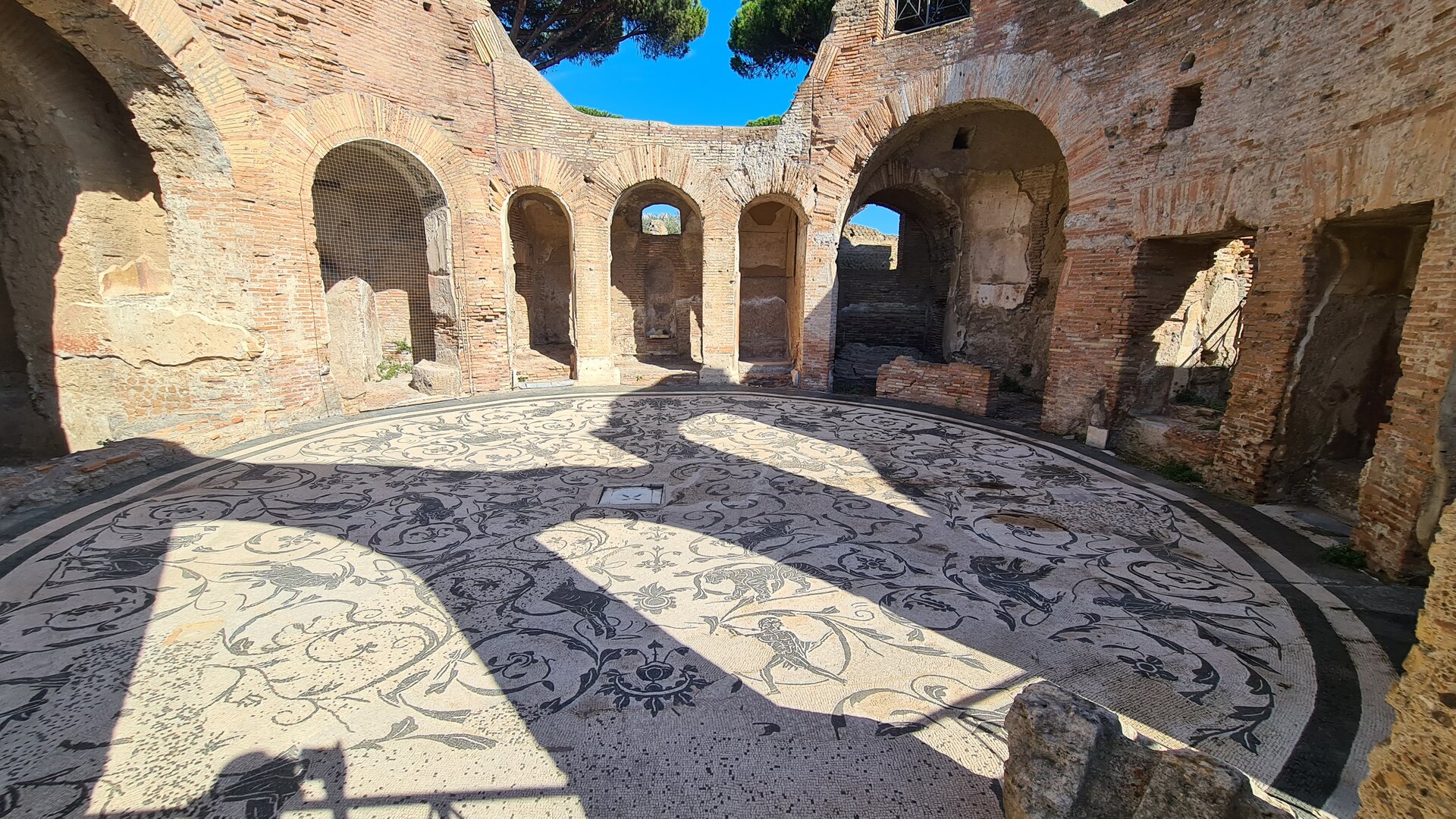 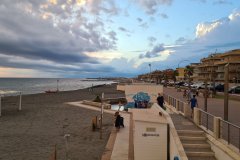 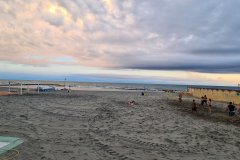 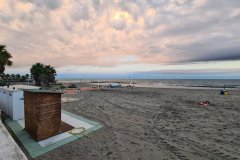 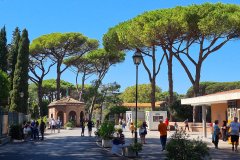 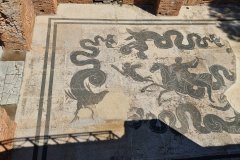 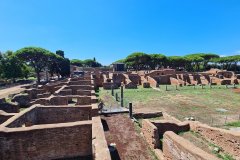 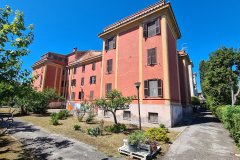 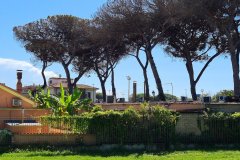 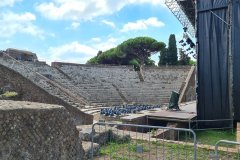 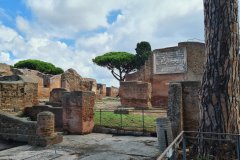 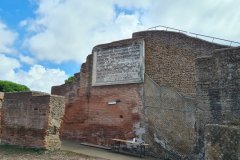 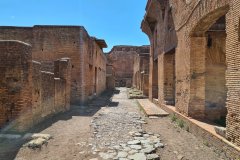 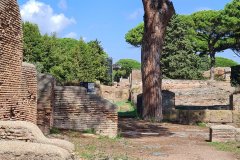 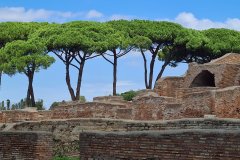 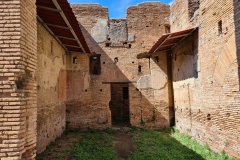 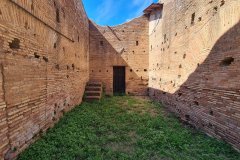 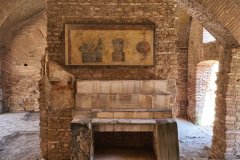 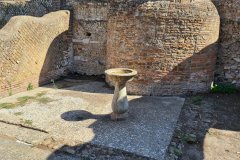 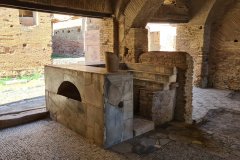 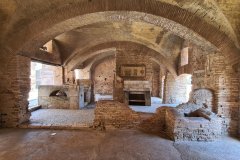 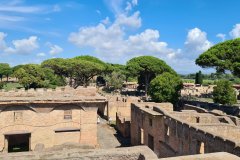 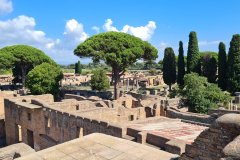 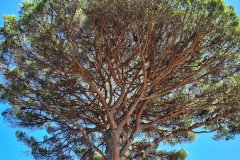 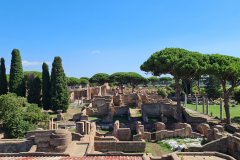 Ostia Antica is an ancient Roman city located near the mouth of the Tiber River, about 18 miles (30 km) southwest of Rome. It was founded in the 4th century BCE as a military colony, and later developed into a major port for Rome’s growing empire. At its height, Ostia was a bustling city with a population of around 50,000 people, making it one of the largest cities in the Roman Empire.

The city was well-planned and organized, with a grid-like street layout, monumental public buildings, and private homes with courtyards and gardens. Many of the buildings were adorned with frescoes and mosaics, showcasing the wealth and refinement of the city’s inhabitants.

One of the most impressive structures in Ostia is the Theater, which could seat up to 2,500 people. It is one of the best-preserved Roman theaters in the world and is still used for performances today. Another impressive building is the Forum, the main square of Ostia, surrounded by public buildings, including the Capitolium and the Temple of Roma and Augustus.

The city also had a number of public baths, such as the Terme di Nettuno and the Terme di Apollodoro, which were not only places to bathe but also served as social centers where people could relax, exercise and engage in intellectual activities.

Ostia was an important trading hub, and the city’s warehouses and storehouses, known as horrea, testify to its role as a center of commerce. The city also had a large naval base, the Castra Navale, which was used to build and repair ships.

Despite its importance, Ostia was eventually abandoned in the 5th century CE, likely due to a combination of factors such as silting of the Tiber River and the collapse of the Roman Empire. The city remained buried for centuries, and it wasn’t until the 19th century that excavations began to uncover its rich history. Today, Ostia Antica is a UNESCO World Heritage Site and is open to visitors, who can explore its well-preserved ruins and get a glimpse of life in ancient Rome.

In conclusion, Ostia Antica was a major city of the Roman Empire, known for its well-planned street layout, monumental public buildings, and private homes. It served as a major port and trading hub, and today, it is a UNESCO World Heritage Site open to visitors, allowing them to explore its rich history and get a glimpse of life in ancient Rome.