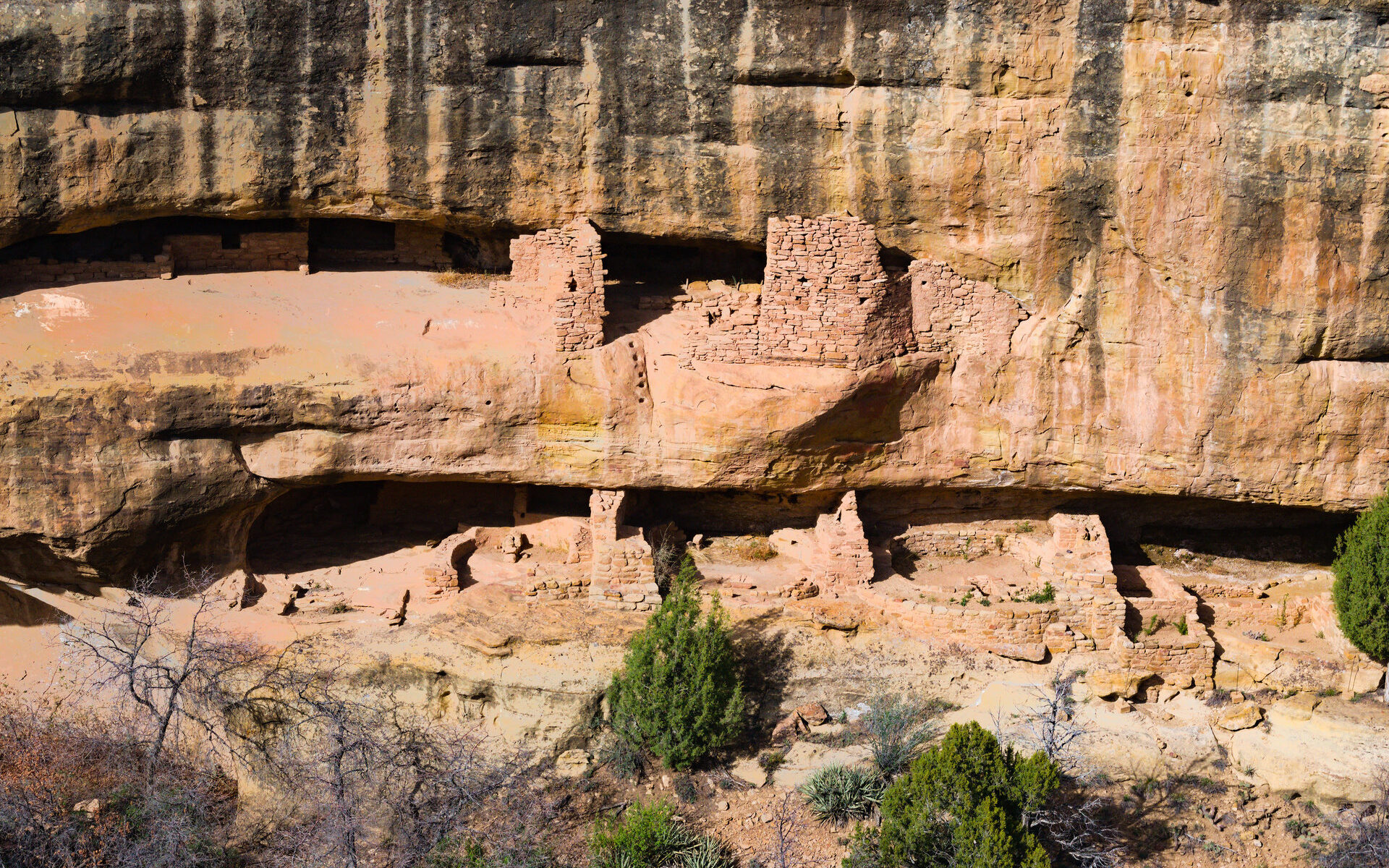 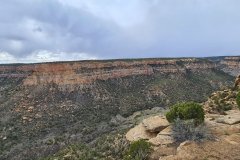 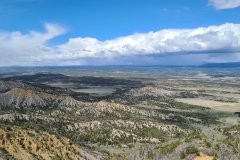 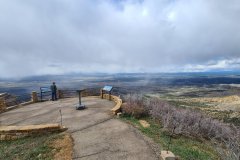 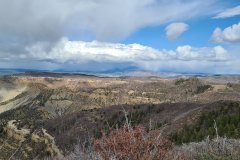 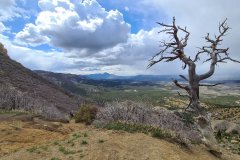 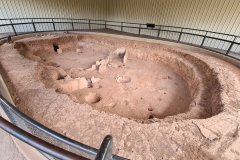 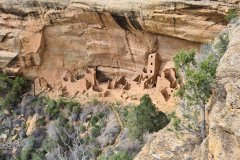 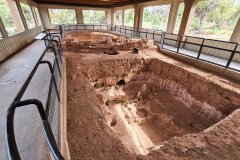 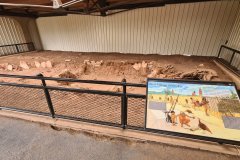 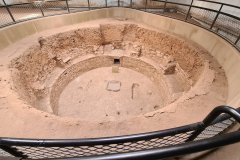 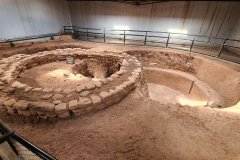 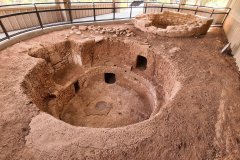 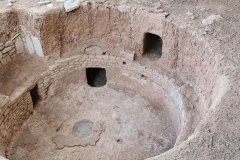 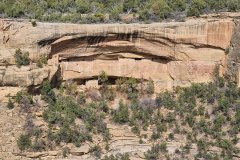 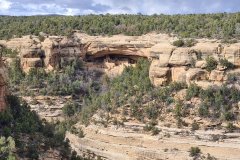 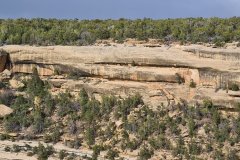 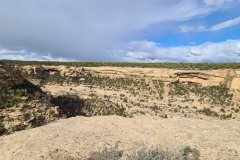 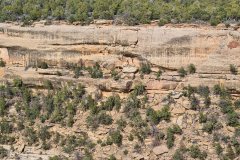 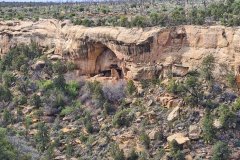 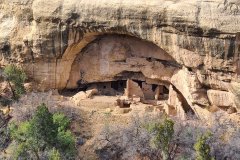 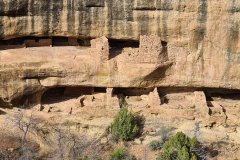 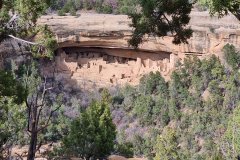 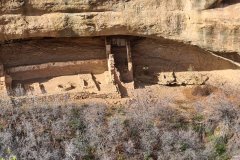 Mesa Verde National Park is a United States National Park and UNESCO World Heritage Site located in Montezuma County, Colorado. The park is home to the largest concentration of ancient cliff dwellings ruins in North America, and is a unique and important archaeological site that offers a glimpse into the lives of the Ancestral Pueblo people who built and lived in these homes.

The Mesa Verde area was first settled by the Ancestral Pueblo people around 550 AD. These early inhabitants built pit houses and later, above-ground structures, known as “cliff dwellings,” in the alcoves of the cliffs. These cliff dwellings homes were built using a combination of stone and mud, and were tucked away in the cliffs to protect the inhabitants from the harsh elements and potential enemies.

The park features several different cliff dwelling sites, each with their own unique characteristics and stories. The most famous and well-preserved of these is the Cliff Palace, which is believed to have been home to around 100 people at its peak. Another notable site is the Spruce Tree House, which is the third-largest cliff dwelling in the park and is notable for its well-preserved kiva (a ceremonial structure used for religious and social gatherings).

In addition to the cliff dwellings ruins, the park also features a number of other archaeological sites, including petroglyphs (rock carvings) and pictographs (rock paintings). Visitors can take guided tours of the cliff dwellings ruins, which offer a fascinating glimpse into the lives of the Ancestral Pueblo people and the skill and ingenuity they employed in building these homes in such a challenging environment.

Mesa Verde National Park is not only an important archaeological site but also a beautiful natural area. The park’s mesas and canyons are home to a variety of wildlife and offer ample opportunities for hiking, camping, and enjoying the natural beauty of the area.

Mesa Verde National Park is a unique and important archaeological site that offers visitors a glimpse into the lives of the Ancestral Pueblo people who built and lived in these homes. It is a must-see destination for anyone interested in American history and archaeology, as well as for anyone looking for a beautiful and rugged outdoor adventure.

The Mesa Verde area was first settled by the Ancestral Pueblo people around 550 AD. These early inhabitants built pit houses, which were semi-subterranean structures, and later, above-ground structures, known as “cliff dwellings,” in the alcoves of the cliffs. These cliff dwellings homes were built using a combination of stone and mud, and were tucked away in the cliffs to protect the inhabitants from the harsh elements and potential enemies.

The Ancestral Pueblo people thrived in Mesa Verde for nearly 700 years, developing complex societies and building impressive architectural structures. They also developed a sophisticated system of irrigation, which allowed them to grow crops such as corn, beans, and squash.

However, by the late 13th century, the Ancestral Pueblo people began to abandon the area, likely due to a combination of factors such as drought, overpopulation, and social and political turmoil. The cliff dwellings ruins were then left abandoned and largely forgotten for centuries.

In 1888, Ute Indian Agent, Richard Wetherill, discovered the Cliff Palace and brought the attention of the world to the existence of the ancient ruins in Mesa Verde. In 1906, the area was designated as a national park, making it the first national park created to preserve the cultural artifacts of a specific group of people.

Today, Mesa Verde National Park is a popular tourist destination, attracting visitors from all over the world who are interested in American history and archaeology. The park also offers many recreational activities such as hiking, camping, and wildlife watching. The park continues to be managed by the National Park Service and is also a UNESCO World Heritage Site, recognizing its outstanding universal value.

Mesa Verde National Park is located in the Four Corners region of the southwestern United States, where Colorado, Utah, Arizona, and New Mexico meet. The park is situated on a high plateau, known as the Mesa Verde Plateau, which rises to an elevation of around 8,500 feet above sea level. The plateau is made up of layers of sandstone, mudstone, and shale that were laid down millions of years ago during the Late Cretaceous and Early Tertiary periods.

The most prominent feature of the park’s geology is the series of sandstone cliffs that dominate the landscape. These cliffs are the result of erosion caused by water and wind over millions of years, which have carved away the softer mudstone and shale layers to reveal the harder sandstone layers. The cliffs range in height from a few hundred feet to over 1,000 feet, and are home to the park’s famous cliff dwelling ruins.

The park also features several canyons, such as the Chapin Mesa and the Wetherill Mesa. These canyons were formed by the same process of erosion that created the cliffs, but have been worn away more deeply into the plateau. The canyons are characterized by their steep walls and narrow bottoms, and are home to several other archaeological sites, such as the Spruce Tree House and the Long House.

The park’s mesas, such as the Chapin Mesa and the Wetherill Mesa, are also a prominent feature of the geology. A mesa is an elevated area of land with a flat top and steep sides, and the mesas in the park were formed by the erosion of the softer layers of rock beneath the harder cap rock.

In summary, the geology of Mesa Verde National Park is dominated by layered sandstone cliffs, canyons, and mesas, which were formed by erosion over millions of years. These geological features not only provide the backdrop for the park’s famous cliff dwellings ruins but also offer visitors a glimpse into the natural history of the area.