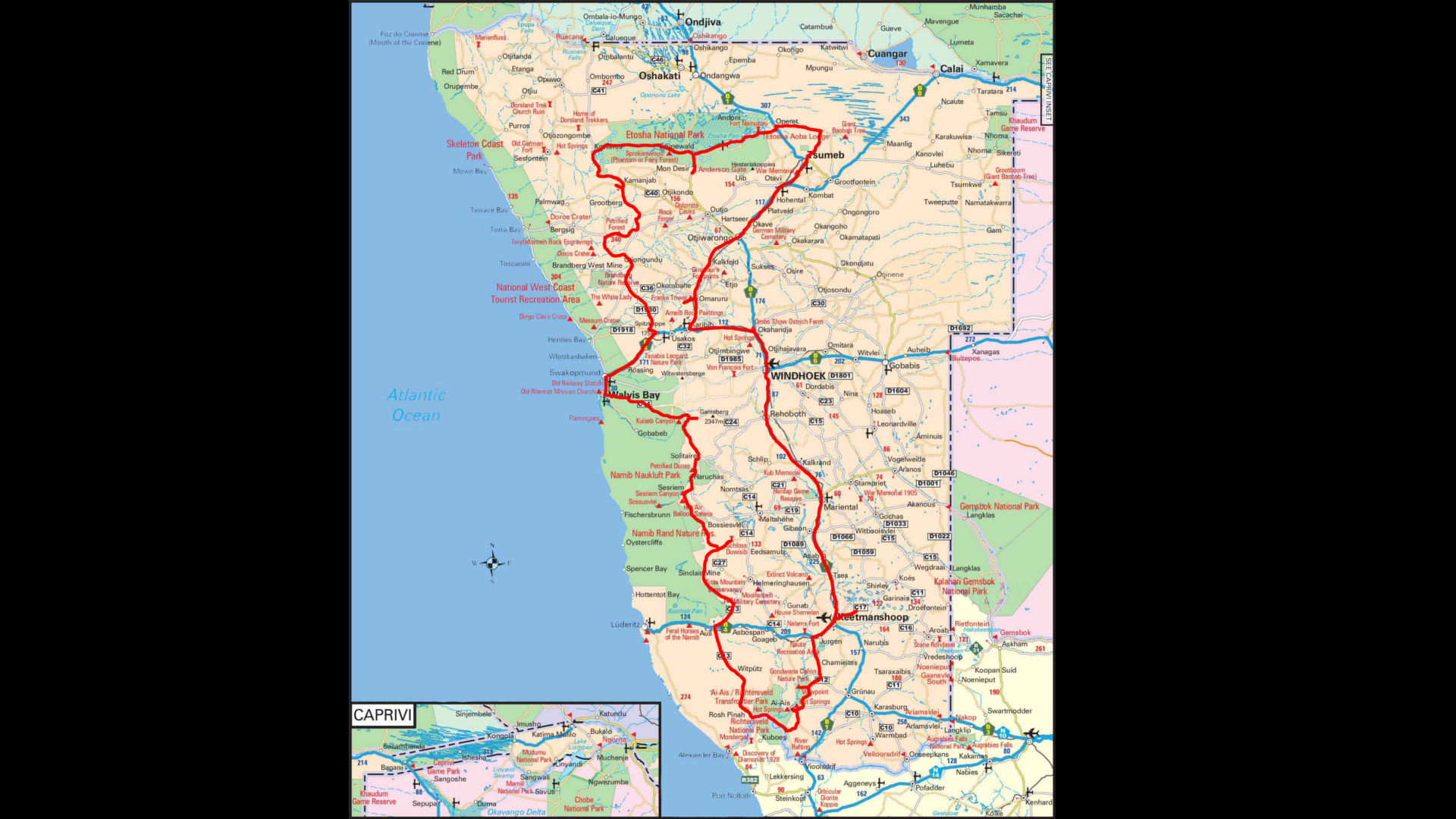 Shortly after the return from Tasmania we thought about where the next vacation could take place. We looked at the world map, but there was not really any country we were interested in. In many countries there are too many negative aspects, which cannot be reconciled with our kind of vacation, i.e. to travel. South America can come later. Besides Antarctica this is the only continent I still miss. Asia is difficult to rent a car and drive.

M. came up with the idea of Namibia. I had a dislike for Africa but when M. showed me the possibilities I was quickly convinced. Namibia is one of the countries to travel independently through the desert. The country is not so much developed and at the same time quite empty. Besides there are impressive landscapes and such a well developed infrastructure that camping and renting camping equipment is possible without any problems.

We decided to fly to Namibia for three weeks in April. April was autumn and I found it a very good time to travel. Except for two short showers at the beginning in Windhoek and at the end near Etosha we never had rain but sunshine and cloudless skies. Temperatures ranged from 8 degrees at night to 37 degrees during the day. Actually it was always like that, except that it was also 20 degrees at night in the north. Before it would have been rainy season and in winter it would probably have been too cold for me to camp.

So we rented a 4×4 with a roof tent at Savannah Car Rental. That was a Toyota Hilux with a roof tent for two persons and cost about 800 N$ per day. That was another advantage of the travel time because it is low season and the same vehicle would have cost 1600 N$ in the high season. The car rental and return went almost problem-free. At the beginning I had some problems with my credit card online payment but somehow it worked.

We also chose a flight from Frankfurt and did not take the cheapest flight extra. I think there is a direct flight with Condor and other cheap flights. However, we decided for Lufthansa via Johannesburg, which was a bit of a detour and also cost us some nerves because of a bad connection. The booking via Expedia left us only 30 minutes to change planes in Johannesburg, so we missed our connecting flight. Fortunately there was another one. But the luggage didn’t come with us so we had to return to the airport later after picking up our rental car. Others waited there for hours for their luggage.

We wanted to spend the first day in the hotel, but spontaneously decided to stay at the Windhoek Urban Camp. We hadn’t booked anything before except one time. That would not have been possible with me to book a trip completely in advance in all stages. In April it went almost without problems. Only once the camping site did not give it any more and it was orphaned. In the high season it probably is not so easy anymore.

We decided for the classic route from Windhoek to the south and then west to north to the Etosha Pan, then east and back south to Windhoek.

During the trip we completed the following overnight stages: