Due to the jet lag we made our way to Newtown quite early. Newtown is the hip scene district in Sydney with many bars and strange shops. We decided to go there by taxi because the district is not easily accessible by public transport.

If you can’t take the subway in Sydney, then you’re a bit lost, because the buses always take an eternity and also drive strange routes. From Zetland to Bondi-Beach it takes almost 2 hours with one unboarding in Bondi-Junction. The route is much faster by bike, maybe half an hour. It is much closer to Newtown from Zetland. In Newtown there was nothing going on at that time. Also we think we were there already about 0900. Someone told us that most of the shops closed on Monday but I didn’t care much because I didn’t come for shopping. What there were were a lot of used shops and record stores. One used store was open and we looked in but there was nothing interesting.

A garden supply store was also open and that was really well unconventionally furnished on smallest space with backyard. In one section there were local seeds and I took some with me, although the prices were quite high. In Newtown you can still see really old buildings from the beginning of the last century. Partly it looks like Western with the covered sidewalks and the typical facades of the houses with the advertising on them. We finally went on towards the train station and more to the center of Newtown. M. was looking for something in some clothes shops and I surfed outside in the net. At some point I was hungry and we went to a sushi shop. Although food is quite expensive in Sydney, sushi is quite cheap.

For less than 10 $ I got a big portion and we sat down in the still quite empty shop because it was not yet midday. Outside it got quite warm again. Warmer than the day before. Especially the sun was always terrible, so we had to move in the shade. After we had a long look around Newtown we went back to the train station in Newtown and drove to the Circular Quay. We wanted to go to Taronga Zoo Sydney. The zoo is on the other side of the bay and you can get there by ferry. Then you either have to take the cable car up or the bus. We decided to take the bus first. Fortunately the zoo was quite empty on Monday. But that didn’t change the high entrance fees of about 50$ per person.

We wanted to do a tour and went first in the direction of the bird cage. This is such a big cage, without really seeing that it is a cage with lots of colorful birds in it. It wasn’t that spectacular. Somewhere we came into a kind of gorge where there were little kangaroos and in a pond a platypus. A little bit later we came to the bigger kangaroos, where we could walk through an enclosure again. An emu was of course not to be missed. Later in Western Australia we often saw kangaroos, mostly dead on the road. Kangaroos don’t mean much to the Australians and there are lots of them. It’s similar with the emus.

However, the zoo in Sydney is probably one of the few occasions we visitors to the east coast at all to see emus and kangaroos, because the probability is quite low to see one somewhere there. In Western Australia it’s a bit different because they jump through the city. It’s similar with the Tasmanian devil, of which two were there. Unfortunately they slept of course. It was exactly the same with the koalas who pennten as always on some eucalyptus. I had never seen one of them in the wild before.

We had also seen reptiles, giraffes and monkeys, although I didn’t find that so special. But the view from the zoo is quite interesting, because the zoo is on a hill and opposite the bay the southern part of Sydney. At some point the zoo closed again quite early. I think it was already around 1600 and this time we took the gondola down. From there one had seen on the right a quite empty beach and we looked briefly at the timetable until when the ferries drove. In the worst case this would not have been a problem because there are water taxis. However, they are certainly quite expensive.

The beach there was “Whiting Beach” and is quite small, but hardly anyone was there. There was nobody but a boat and a guy sitting in the shade with his laptop. The beach is reached from the jetty via a path on the left side of the zoo, seen from the bay. Outside it was warm but the water wasn’t warm at all to go in. But also the nature that one has in such remote places in the middle of the city is interesting. It can already happen that a lizard as long as an arm rushes past there. Especially the smell of the many unknown plants is remarkable. We stayed there for maybe an hour and then took the ferry back to Circular Quay around 1830. Unlike the outward journey, we didn’t go there directly but via Mosman Bay, right next to the zoo harbour.

I hadn’t seen Mosman Bay yet and I am always amazed about the houses in the bays and the quality of life there. It seemed like a fjord. So close to Sydney and yet so far away over the water. Interestingly enough, the many suit-wearers who probably came from work in the city centre got out of the car. In the end, this is not a bad place to live if you can afford it. A few minutes with the ferry and one is already in the centre of the city. But the houses there also cost some millions. Back at Circular Quay was the previously described other ship, the Explorer of the Seas or the Voyager of the Seas. With the train it went then also again in the direction of Zetland, whereby this time the train failed.

That means there was no train forever and we decided sometime on the other side to go in the direction of Stadthalle and then further in the direction of Hauptbahnhof. At the main station there were a lot of people on the platform again, but the train came sometime. Luckily we had only one station but that gave us a good feeling what happens when the traffic breaks down with the badly developed public transport. At the moment some new lines are being built. Sydney has gained one million inhabitants in the last years since the Olympic Summer Games in 2008. From Green Square we walked as usual towards Meriton, past the Coles to stock up with food, wine and beer. 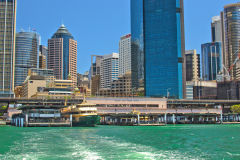 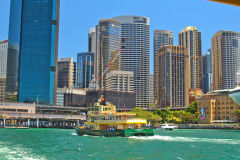 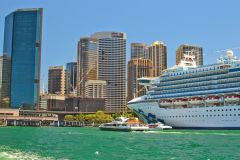 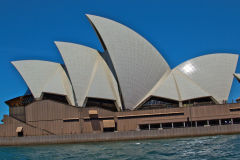 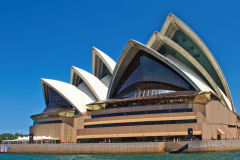 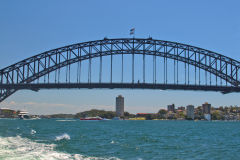 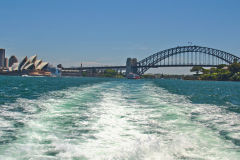 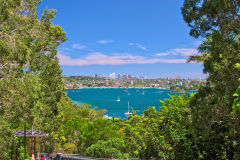 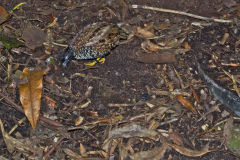 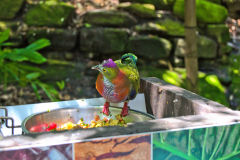 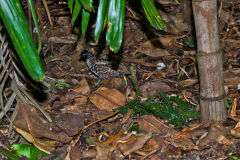 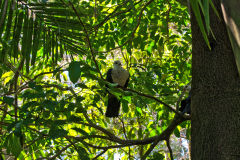 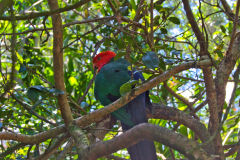 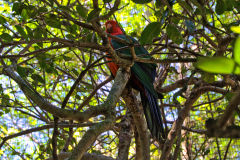 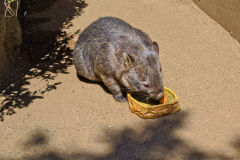 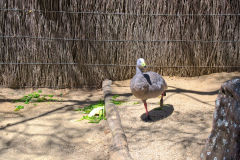 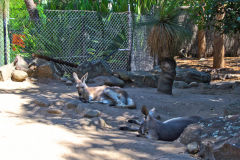 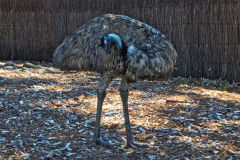 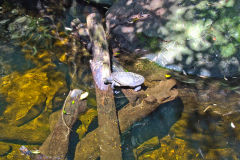 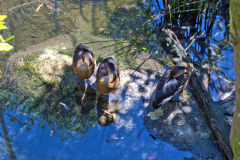 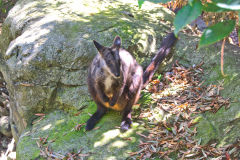 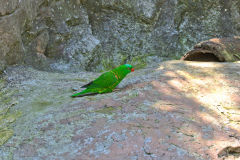 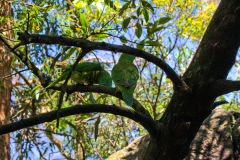 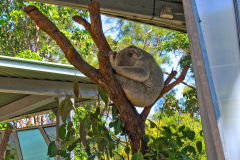