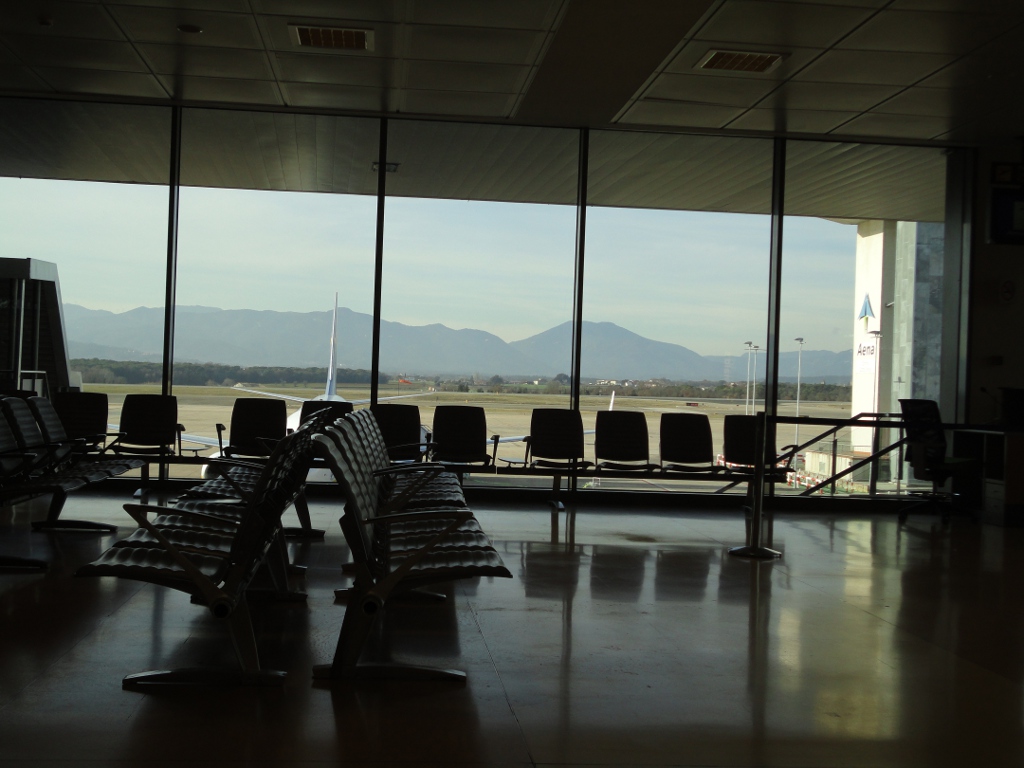 Around 0730 public transport was used to get to the airport FKB. First tram, then tram again, then bus. Relatively cumbersome but without problems. The winter had settled now also in Baden and everywhere lay snow and of course it was cold. At check-in my backpack was 8.5 kg. So I could have taken something with me. But I didn’t need any more as it should turn out later. Around 0930 the plane took off for Girona. Cloud cover pierced and already times little sun again after long time see.

The landing in Girona took place in best sunny weather with about 13 degrees, which was an improvement of 15 degrees. Now a long wait began for the connecting flight, which should fly off only about 1800. Fortunately, the airport is generously dimensioned with relatively few people, but many places to sit and lie down and of course smoking areas in the security area. Not to forget the sockets with which the netbook could run for a long time. Only the bad habit to charge excessive fees for WiFi clouded the waiting. The flight took off punctually, ran without any special features and arrived at Marrakesh Airport around 2100. The airport was built relatively new and already offered an interesting architecture from the airplane. Now a form was needed to enter the airport. Where from and where to, what I didn’t even know. In the airport money was withdrawn in order to clear up at least for the evening. The planet wrote something about a bus line to the edge of the medina. I didn’t find it at all. But an inquiry revealed that I was standing right in front of the bus.

There was also some time to raise the nicotine level. The bus was amazingly like new. The journey took about 30 minutes to the edge of Djemaa el Fna, where I was unexpectedly unloaded into the worst human hustle and bustle, although there were hardly any people to be seen on the bus route before. I had previously written the address of the hostel in my notebook and looked at the area on Google Maps. In addition still a small drawing made. With this I hoped to find the hostel in the medina of Marrakech. Surprisingly this worked almost immediately, although everything was full of people. Especially the daredevil moped drivers made me worry at the beginning still until I had checked like that runs. In the very pretty hostel there was a reception from Mustafa, but it was somehow called something else as it turned out later.

Other Brazilians had also just arrived, with whom I first got to know. Among them was a hat designer. After a meal on the roof of the hostel we went back together through the medina to the Grand Hotel Tazi. There should be a bar with beer. After three 0,25 L beers the day was over. 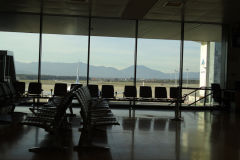