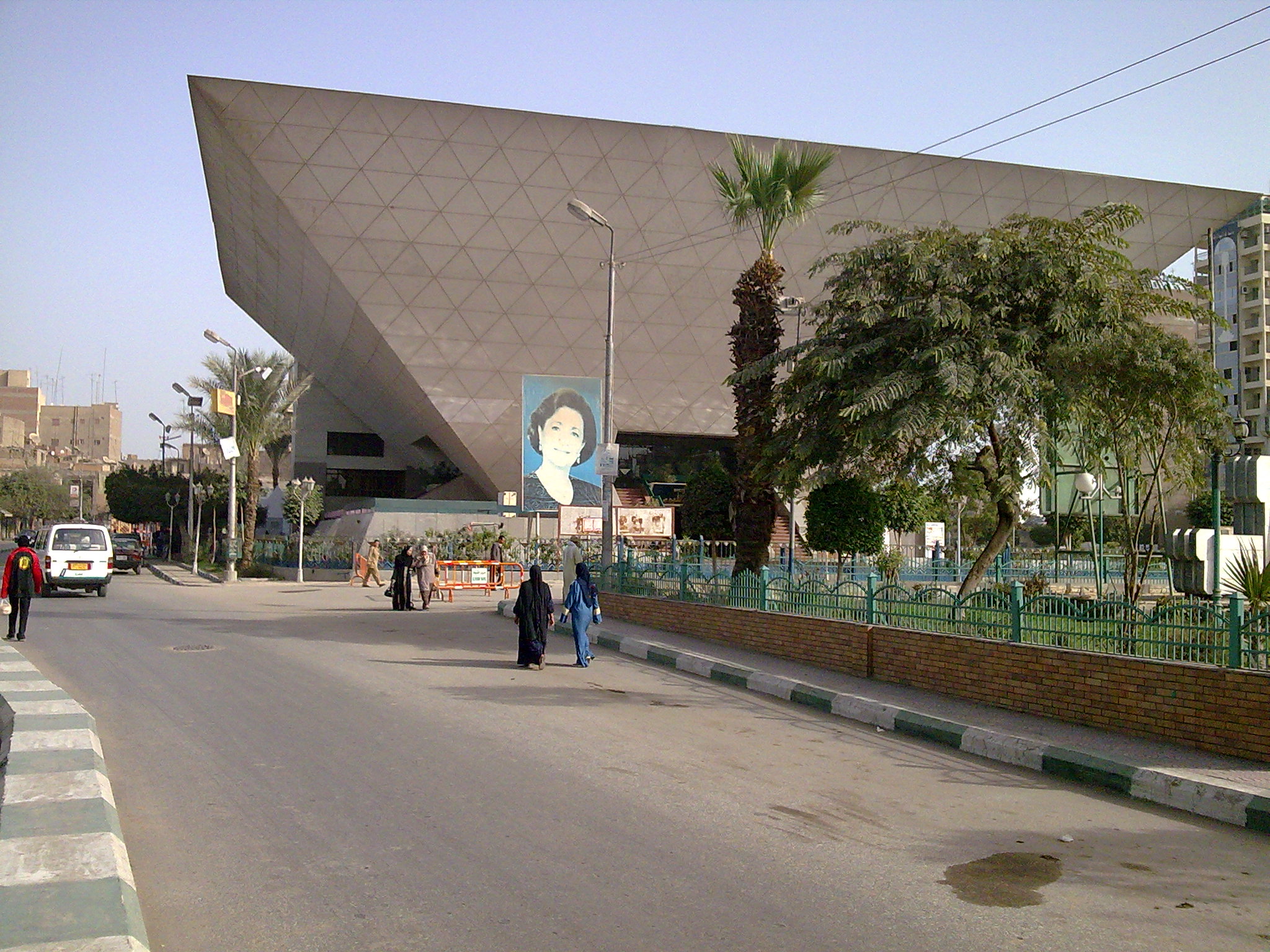 We got up again pretty early to see something. Somehow we had the idea to drive to Al Fayum, but I don’t know if we decided to do it in the evening or spontaneously after leaving the hotel when we saw the minibuses at one corner. In retrospect it seems to me that we had done this quite spontaneously. Not far from our hotel in direction south was a big roundabout in which many such small buses stopped. At the roundabout there was of course also again such a MG contactor position.

We asked ourselves somehow and found one who went there. After a long wait until the bus was full we left. The bus was extremely small and packed to the last millimeter with people. I think it was once only meant for 5 people and there were 10 in it. However, the minibus already had LCD monitors on the seats, which at that time had never seen before and found extremely progressive for the region and elsewhere.

Even in 2015 I flew with Delta who had a tube monitor in the corner. From the city we were quite fast this time, because we were with Giza at the pyramids anyway already in the desert. The landscape was impressive and I found it extremely sad that we could not be on the way ourselves with the car. After about 1.5 h through the desert on an almost straight road we arrived in Al Fayum.

This city is located at the Ramses Canal, which was already built 3000 years ago and leads the water from the Nile into a big depression, which forms a lake without drainage (Qarun Lake). At that time it was certainly still quite good, but today more and more what happens to a lake without a drain is happening. It is salinated by evaporation, which makes everything infertile over time. Since Ramses Al Fayum is known as the orchard of Cairo. From our unloading place we went in the direction of the centre, thus in the direction of the railway station. All in all, the city made a rather miserable and littered impression. Somewhere there was a market and it looked to me like there were only oranges and some bananas. From the train station we walked through the city relatively haphazardly.

Arrived at the canal I saw still briefly how one threw his garbage bags into. The canal itself looked with its miserable trickle like the local garbage dump. I also don’t know what happens to the garbage. If sometime in the spring or by rain more water comes in the canal, then it washes the garbage away already. But then into the drainless lake. So someone has to fish him out again or he just stays there somewhere. After some time two policemen talked to us about what we are doing here.

That’s how it seemed to us. Somehow they hadn’t seen any tourists for years, or at least not on their own. They still thought that everything was alright and it seemed to us as if we were being watched by them and all the others who were always somewhere, because one guy also passed something through his radio when we were away. Maybe they didn’t want two haphazard tourists kidnapped or something.

The city might not be so bad to chill and has something, but it wasn’t really something special. After a visit in the coffee with a good brew we went to the station to ask for a train. Some time later someone was supposed to leave and we went even further through the city and later back again. The train should not go to Cairo but to the east to El Wasta to the Nile. We took a seat in the last car, or better we stood there, because the car had nothing to sit on except some flatbeds on the wall.

The seats were occupied by some girls. All in all the thing was almost empty. There were also no doors on the sides. Actually there had been sliding doors and the car was a normal transport car. All cars of the train had this design. But that wasn’t so bad, because we could look a little bit from the area. The train started sometime and stopped again after 5 meters because somebody came from somewhere.

That went on then approx. one hour on a distance of 300 m in such a way. At some point he really drove off. However with a speed of approx. 20 kmh top. After Fayum it went into the desert and some old villages could be admired. The villages had something like a platform, but somehow they didn’t need it either. All in all everything looked quite idyllic. At canals there were still ancient Schöpfwerke from wood. Sometime we drove however into the correct desert for a short time until there a railway station appeared and the train stopped. Some got off the train and I wondered what this was all about. One train station was better than all the others before in the middle of nowhere and a lot of people change trains there. Where did they come from and where are they going?

After a while the train drove again some kilometers until the train stopped in the middle of the desert, but without train station. We jumped out of the car and saw why. A train came towards us and had to be allowed to pass, which took some time in Answruch. On that occasion I also happened to have a look at the tracks where there was something about England and 1911. The railway line was really not the best, but the original tracks from 1911 were astonished. Somehow there were always railroad tracks between the tracks. I had already noticed this the day before to Alexandria. I don’t know what happened to the rails, but there were almost always lots of them. We noticed the arrival in El-Wasta because it was suddenly greener and built on again.

The short distance had lasted an eternity, but was something different. Before El-Wasta more and more passengers left us by jumping directly from the moving train. In El-Wasta the station had just been repainted. Anyway, it was a clear contrast to the other buildings. Meanwhile it was almost dark again and we wanted to go back to Cairo. After a short time a train also arrived. That was again as from the day before. But this time the doors were open as well, but the train was not really slow now. In Cairo we wanted to take the bus again.

That was more difficult this time than before, because we had somehow got into the rush hour. Anyway, it seemed that way to me. The buses were extremely full and we got a place just so that I had a place with one foot at the stairs. This gave me the opportunity to take some pictures and film from the moving bus while I held on with the other hand. Goats and everything else on animals and companions wandered across the road. Sometime we were again in the hotel in Giza and settled down at the bar where we had beer for 5€. 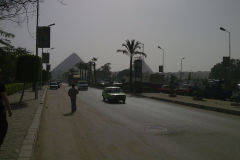 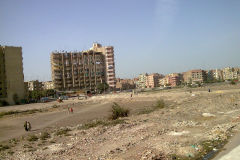 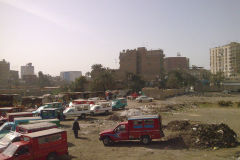 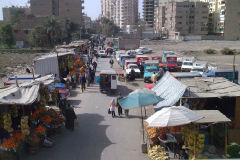 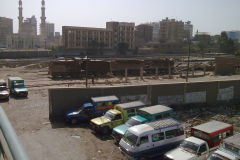 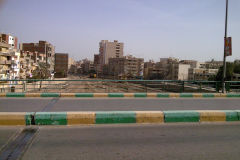 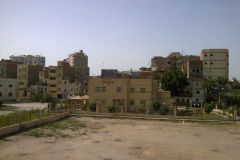 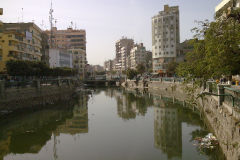 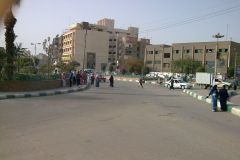 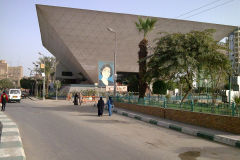 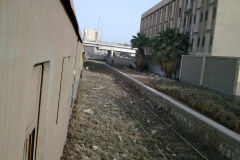 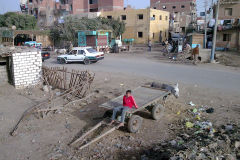 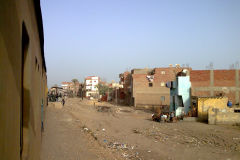 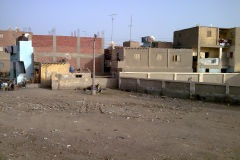 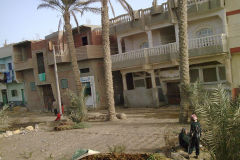 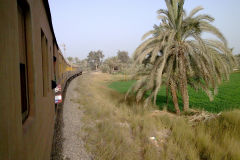 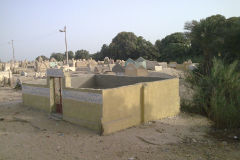 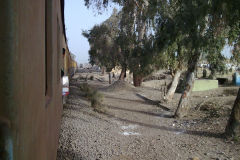 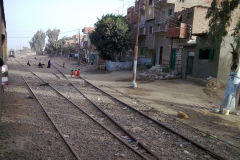 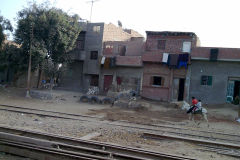 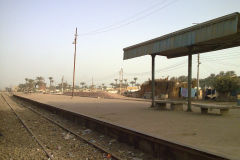 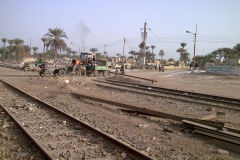 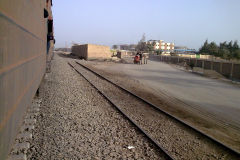 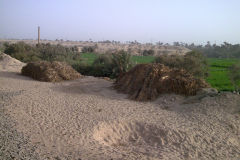