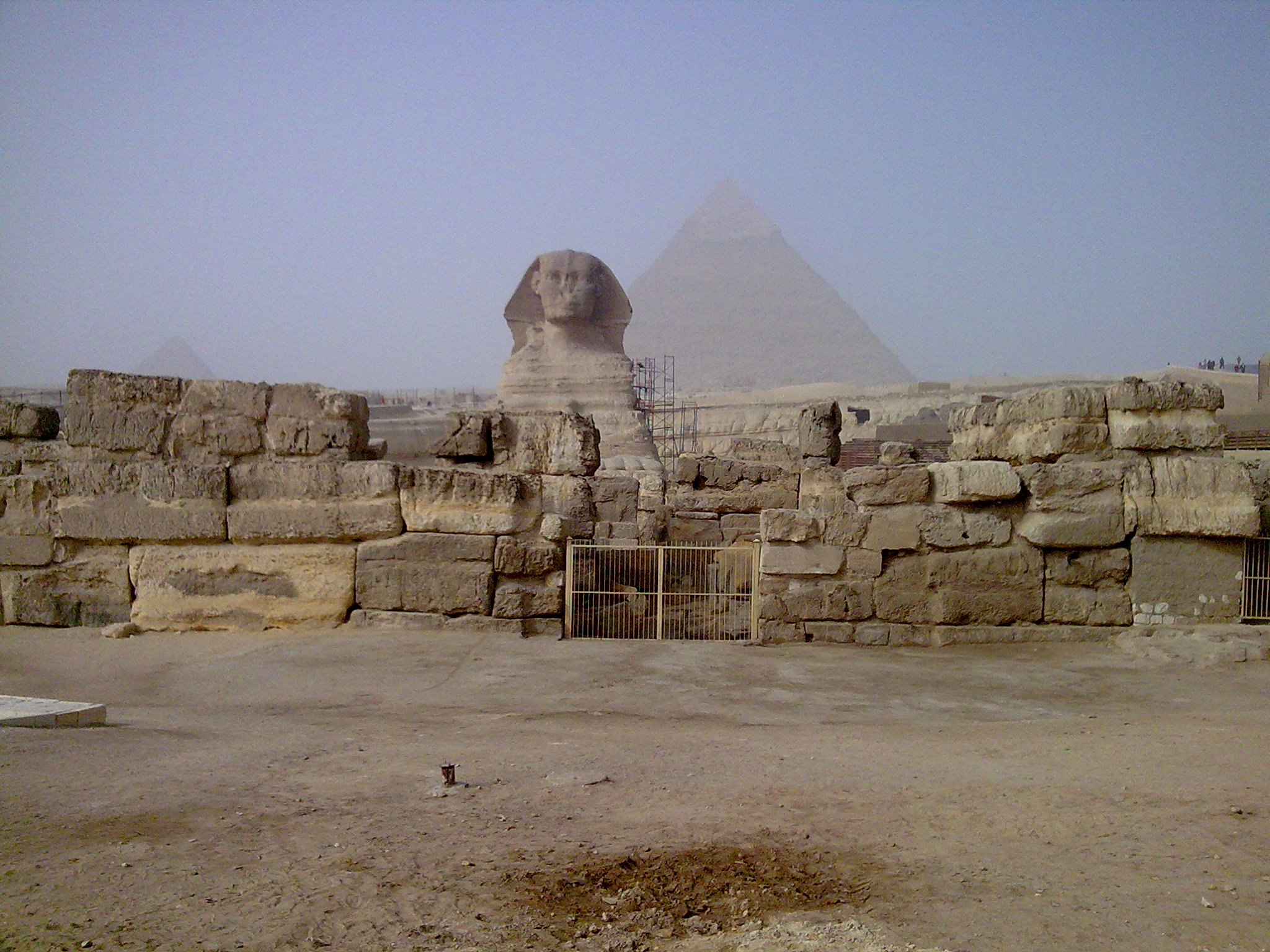 Actually this trip had been planned differently, but R. jumped in to briefly explore Egypt. The flight to Cairo departed around 0100 from Berlin Tempelhof airport, where we had parked the car somewhere nearby. That was of course quite a stupid time for a flight to get somewhere. The flight lasted about 4 hours and went over Eastern Europe and then always along the Nile. Although it was dark, it looked quite interesting from above with all the lights and roads. The entry procedure consisted of some fee, the delivery of a photo and something that was attached to the perso. Outside we were picked up by someone and taken to the hotel. On the drive through the whole of Cairo one saw again and again entrenched guards on the streets and at the corners.

Such real MG positions. At this time of day the streets were almost completely empty, which we should not see again later. Directly at our hotel in Gizah, directly at the pyramids (Cairo Mövenpick Pyramids) was also such a MG position. The rooms consisted of a kind of bungalows, whereby everyone also had a terrace. We came from the winter and decided to drink outside in better weather until it finally became light. We decided to let the sleeping be and went directly to breakfast and afterwards because it was not far in the direction of pyramids. Coming from Gizah they were quite fenced, so that one was forced to pay an entrance fee of perhaps 5€ per person. Inside there were some people who tried to turn on their clothes.

When we had overcome them we went along the huge stone heaps further in the direction of the ship. Maybe we should have informed ourselves before, but until an hour ago we didn’t know where we wanted to go. Somewhere you could also get into the pyramids, but it was very narrow and quite crowded, so we just went on. All in all it wasn’t that spectacular. We walked a very large arc left around the excavation sites, to finally be directly into them. There you could go around a bit in chamber and nowhere was a person far and wide. But there was nothing else to see. Meanwhile it had become quite warm and we just fell into the desert.

Passing the Sphinx we went back towards Gizah, where we finally walked the road towards the city centre. The road went straight on forever and after some time we finally made it to a subway station. Until then it was the only subway in Africa. First we got into an empty car until we were chased out again inside at the next station, because that was the women’s car. The men’s wagons were completely overcrowded. So we drove the few stations to Tahir Square. At the edge of the square we saw the Egyptian Museum and decided spontaneously to go there. In front of the museum it looked like a barracks. The entrance was not exactly cheap, but apparently ok for such a thing. In the museum it turned out fast that it was a little poorly furnished. Descriptions of the exhibits were almost never available.

Not even a description. Of course that wasn’t so nice if you don’t even know what you’re looking at. All in all, the museum didn’t seem that tidy. The whole thing was rather disappointing, but still ok. Afterwards we walked a little bit through the area of Tahir Square, where there were mainly shoe shops. In a special drink shop we stocked up with some beer cans and made our way back. In the shop window of the alcohol shop we made fun of the pseudo brand names of the drinks, which were sometimes extremely absurd. Meanwhile it had become dark again. We took the subway again to the change station to the eternally long road to Gizah.

The traffic there had become really extreme and we had problems crossing the road. In a shop we stocked up with cigarettes and juice and finally asked a uniformed person for the way. He spoke English surprisingly well, so we quickly found a bus in that direction. The trip cost maybe 10 ct. The bus was extremely crowded, so I had to stand outside on the stairs. But that wasn’t bad at all, because I could film something like that and take pictures. The traffic was really extreme and everyone was honking wildly. From time to time a herd of sheep came across the 10-lane road in the middle of Cairo. The journey also took a while, which made us aware again what a long distance we had walked. Somehow it was easy to get back to the hotel where we ended the day. 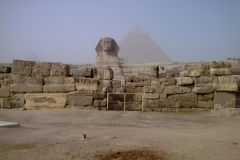 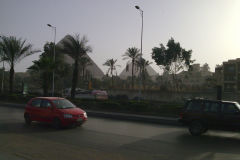 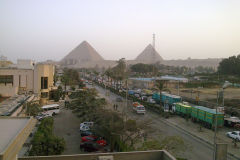